The Matrix: How have other 'fourth' films fared?

This week's announcement of a fourth instalment in the Matrix franchise, 16 years after the second and third sequels, has been even slower to arrive than the bullet time effect introduced in the first movie.

Still the news has come as a joy to many fans.

"I can't believe I'm about to go through this whirlwind again" tweeted Sucre.

Others online, like Spider-Man fan Cameron Magruder, however, appeared to have more pressing film news priorities. He posted: "So instead of making the Matrix 4... how about we just keep Spider-Man in the MCU and call it even."

The original Matrix movie in 1999 was credited with predicting the future and influencing everything from 21st Century fashion, to the rise of social media and the breakdown of the binary genders.

Now, stars Keanu Reeves and Carrie-Anne Moss (aka Neo and Trinity, respectively) are set to return for the latest edition, which will be director siblings Lana and Lilly Wachowski's first Matrix movie since their gender transitions.

Twitter user Lady Aeva declared she hoped the forthcoming flick would confirm "the last three movies were just an allegory... for trans stuff."

Andrew Todd correctly pointed that both lead characters actually "died in the last movie" [2003's The Matrix Revolutions], suggesting we could be in for another "weird" ride. 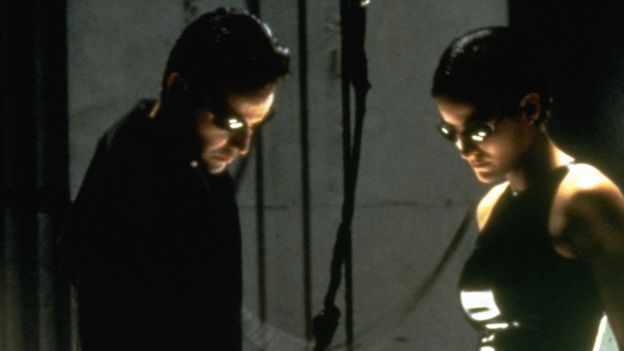 Neo: "Trinity, have you seen how many followers I have? Look"

Due to the rapid and widespread social and technological changes we've seen since the first three films, Total Film news editor Jordan Farley believes "it's a good time" to reload The Matrix.

"The whole idea of a virtual world and people living online and in the real world is just so much more relevant now than it was in 1999, where the internet was still quite nascent," he tells the BBC.

"People hide behind social media profiles and virtual reality itself is now a consumer-facing thing. I have a virtual reality headset sat next to my TV right now that I can put on and enter some crazy world that is completely different to our own."

He adds: "So there's definitely mileage just from the fact that we're much closer now to a world like The Matrix than we were in 1999."

It seems even Neo himself would struggle to predict how this one is going to play out... So while we wait for the Wachowskis' latest creation, let's strap on our headsets and see what can be learned from a look back at how other movie franchises have fared late on into the fourth innings. 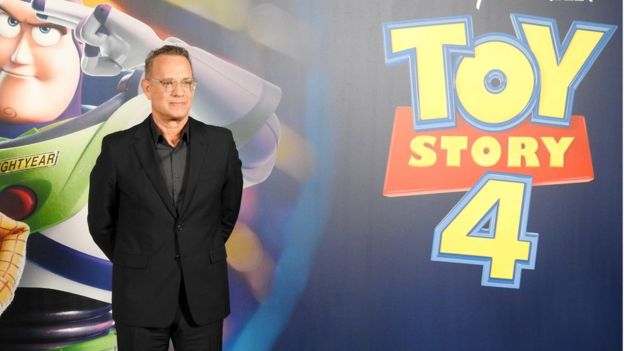 Far from having outstayed its welcome, the latest Toy Story surpassed a billion dollars at the box office and fast became the ninth highest-grossing animated film of all-time - ahead of both of the first two films.

It was described, in one review, on aggregator site Rotten Tomatoes as: "Heartwarming, funny, and beautifully-animated.

Total Film's Farley feels the latest Toy Story was actually more like an "epilogue", tagged on the end of the other three, rather than wrapping up a pre-planned quadrilogy of films (or quartet if you prefer). So the big challenge for makers of The Matrix - "a trilogy in retrospect" - he says, is in finding exactly where the fourth film fits in.

Incidentally, Reeves was in the new Toy Story as the much-loved Canadian stuntman Duke Caboom. He's also recently starred in John Wick 3, appeared in Netflix's Always Be My Maybe and even lent his image to a forthcoming video game Cyberpunk 2077 - leading Farley to believe 2019 could be Keanu's year.

"I think people people are very excited by the fact that he's going to be in a new Matrix film as well because he's the talk of the town at the moment," he states. 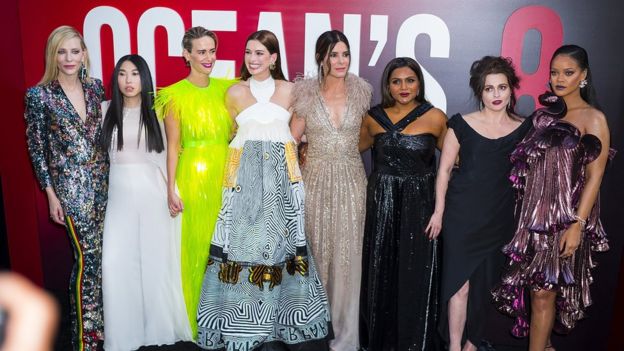 Despite the title, Ocean's 8 was the fourth in the heist movie series' arsenal.

It contained all the same professional criminality as the first three but this time George Clooney and his band of merry men were replaced by Sandra Bullock - as Clooney's character Danny Ocean's sister Debbie - and a string of other leading ladies, including Rihanna.

The film received a lukewarm response from critics but started a debate around whether there were in fact enough female reviewers.

Might the first Matrix movie since the #MeToo era then see Reeves take a step back and allow Moss or another woman entirely to take on the lead role? Or could the characters even transition, like their creators?

"Absolutely," says Farley. "The Matrix really lends itself to doing practically anything with it, and because it's such a vast open space it's an incredible sandbox to play in.

"So there's no reason why Keanu Reeves and Carrie-Anne Moss can't take on slightly different roles."

He adds that while changing their roles would be welcomed by many, stretching them too far may be a risk and "slightly challenging" for some viewers.

"Neo and Trinity are such iconic characters, I think it would almost be jarring to see those actors in a Matrix film and for them to not be playing those characters." 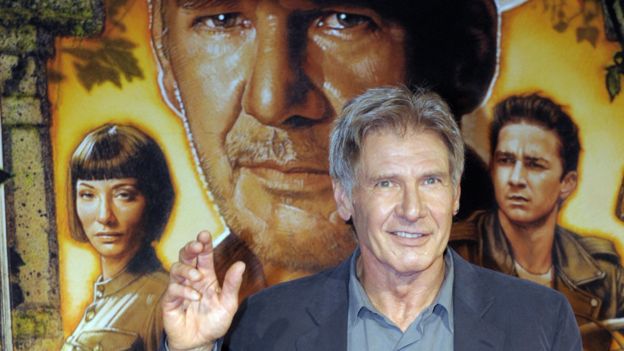 Absence often makes the heart grow fonder, but in the case of Indiana Jones it seems Harrison Ford may have left it a little too late.

2008's Kingdom of the Crystal Skull arrived a whopping 19 years after the hero's Last Crusade and was loved and loathed in equal measure.

If you think Ford had it tough, spare a thought for Sylvester Stallone who trod a similar path as the Vietnam War veteran Rambo. He returned to action after two decades away in the eponymous fourth movie in the combat series the same year.

Many reviewers thought both looked faintly ridiculous as action men in their 60s, but then it didn't prevent either franchise from being re-commissioned for a fifth film this year. 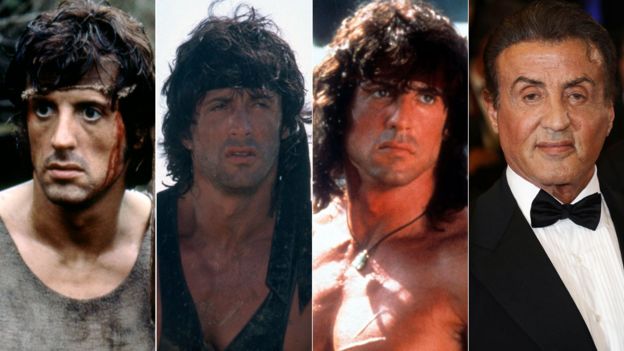 Farley feels that like with gender, there are no such age-related issues inside The Matrix - where the time is a relative concept.

"A big part of the film is this virtual world where people have avatars that reflect their own impression of their selves and their own sort of mental image, so I think you can sort of get away with the actors looking any way they want," he says.

As Variety notes, the film are believed to searching for a younger actor to take on the role of Morpheus - as previously portrayed by Laurence Fishburne.

"I mean, you could re-cast them younger and get away with it," the film writer goes on.

"The weird thing for me is the fact that I don't know if Keanu and Carrie are going to be playing their original characters or not because the third film pretty definitively says that those characters are dead! I don't know how they're going to bring them back.

"Almost anything goes in The Matrix, so the opportunities are limitless."

Who is Amanda Gorman?

Why did Trump pardon Lil Wayne?

Weinstein can be questioned in lawsuit