Taylor Swift has said she intends to record new versions of her hit songs after her back catalogue was bought by pop manager Scooter Braun.

In June, Swift revealed the masters of her early music had been sold to him by her former record label, alleging she was not told about it.

She said she "absolutely" plans to re-record music from her first six albums.

In a clip released from an interview on the CBS Sunday Morning show, she was asked whether she planned to re-record the old material so she could own the rights to new versions. "Yeah, absolutely," she replied.

In another interview, with Good Morning America on Thursday, Swift confirmed she would be re-recording her first five albums in 2020, which is when her contract allows her to do so.

Swift began her career with Big Machine as a teenager, releasing six albums with the Nashville label, including her Grammy-winning 1989, released five years ago. In June, Braun's Ithaca Holdings acquired Big Machine Records. 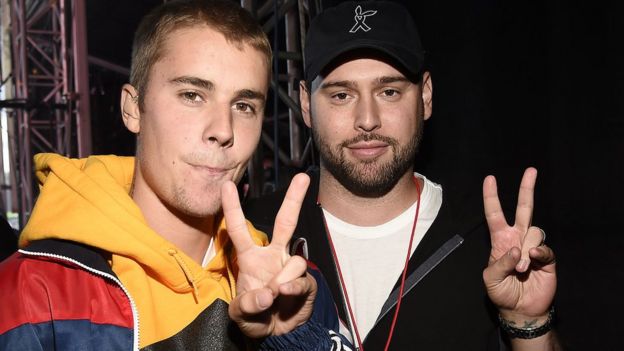 Swift accused him of attempting to "dismantle" her "musical legacy".

He did not respond to her comments, but he was supported by Lovato and Bieber, who claimed Swift was just out "to get sympathy".

Last year, she signed with Universal adding: "I am now signed to a label that believes I should own anything I create."

Artists including Squeeze, Def Leppard and ELO have previously re-recorded their hits so they can own the rights to the new versions, meaning they get control over how they are used, and get paid if they are sold or used for things like TV adverts.

Obama, Springsteen team up for podcast

Stevie Wonder is moving to Ghana

Is a 4th Matrix movie a good idea?
Next Item