The latest beta version of WhatsApp’s Android app has introduced a long-anticipated dark mode, WABetaInfo is reporting. “Dark Theme” is available to all beta users with version 2.20.13, and can be enabled in the “Chats” section of the app’s settings menu. You have the option of turning WhatsApp’s dark mode permanently on, permanently off, or else having it dictated by Android’s system-wide dark mode or battery saver settings.

Proponents claim that dark modes make app interfaces easier on the eyes in dark environments, and they can also improve the battery life of devices with OLED displays. Purists are likely to object to the fact that WhatsApp’s dark mode is more gray than absolute black, but it’s still a lot darker than the app’s regular green and white color scheme. 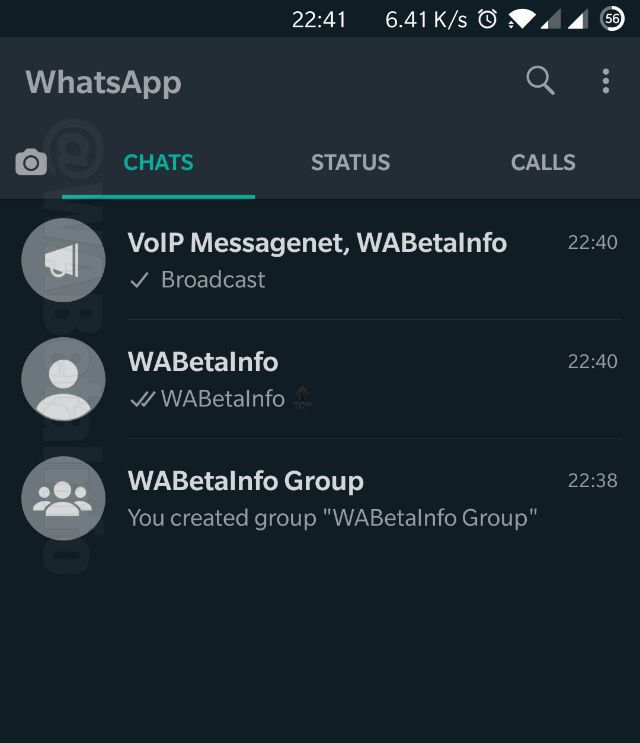 With the beta release, WhatsApp has become the third of Facebook’s major apps to get the dark mode treatment after Facebook Messenger and Instagram. It’s not clear when the mode will be available for iOS or non-beta users, but it can’t be long considering this widespread release of the beta version.

The new mode is available to Android beta users for now, but since WhatsApp doesn’t appear to be accepting new signups, non-beta users will need to side-load an APK to get their hands on it. 9to5Google links to an APK available here — just remember that you’re side-loading it at your own risk.

Microsoft offers a closer look at next Xbox

What happens when the internet vanishes?

This envelope hides your phone
Previous Item
NEXT

The moment of truth for foldable devices
Next Item