Napoli 2-0 Liverpool: ‘Lesson’ will do Reds some good - Mark Lawrenson

Liverpool's late defeat by Napoli was a real slap in the face, but sometimes that is not the worst thing that can happen to a team.

Jurgen Klopp's side have coasted through their five Premier League games this season and had probably forgotten what it felt like to lose.

So, this was a reminder of what happens in top-level football if you don't take your chances and also lose your concentration in defence, whether you are champions of Europe or not.

The long road to Istanbul 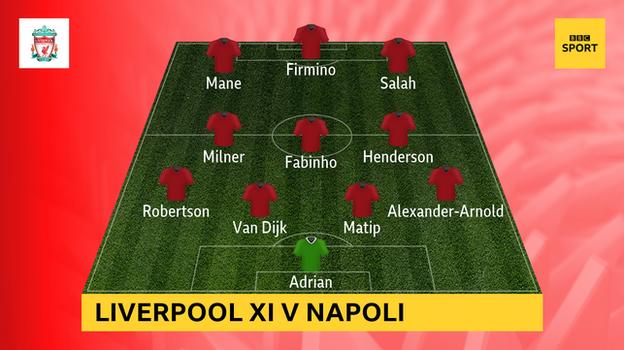 Yes, we might have been the best the previous May, but that means nothing in September.

That is something Klopp's side have to deal with, and they have to keep churning the results out. It is a long road back to this season's final in Istanbul.

Tuesday's defeat was the kind of lesson every team requires occasionally about the level you need to stay at to keep winning things, and it is far from a disaster that it has come in Liverpool's first game of this Champions League campaign, against the best team they will face in Group E.

The Reds did not perform at their usual standard in attack or defence at the San Paolo Stadium, but I don't think this result is going to affect their progress to the knockout stage.

Last year they only made it to the last 16 by the skin of their teeth after losing all three of their away group games.

But that was when they had Paris-St Germain in their group as well as Napoli. This time around, the other opposition is just not the same calibre and I simply do not see Liverpool finishing below Genk or Salzburg.

That is the biggest reason I see Tuesday's defeat as only a minor setback, because I am totally confident they will still qualify. 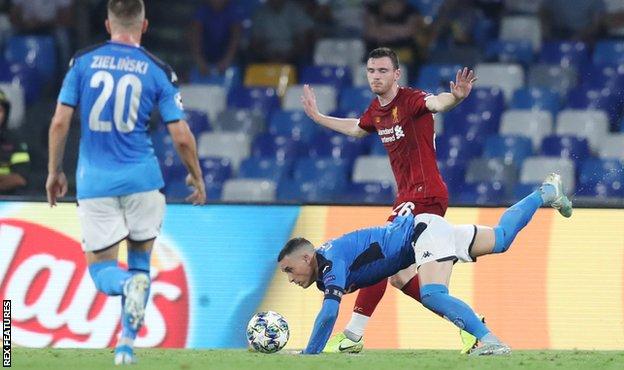 A 0-0 draw would have been a good result for Liverpool, and they were less than 10 minutes away from getting it - until things unravelled at the back.

I am far from convinced it was a penalty for Napoli's first goal - the first time I saw it, I thought it was the correct decision, but the more I see it the less I agree it should have been given.

But it was still a lazy challenge by Andy Robertson on Jose Callejon, which gave the referee the opportunity to award a spot-kick in the first place.

When Napoli scored their second goal in injury time, it killed the game completely, and Virgil van Dijk was obviously responsible for that.

To concede from a mistake like that when they are in possession at the back is very unlike Liverpool generally, and Van Dijk especially.

So two late errors cost Klopp's side, but I don't actually think they had been too bad at the back until that point.

They were playing against a talented Napoli team with lots of attacking intent, who forced Adrian into making some good saves - particularly his flying stop from Dries Mertens just after half-time.

But it is not as if Liverpool struggled defensively for 90 minutes, and when Klopp analyses it, I am pretty sure he will think the biggest problem on the night was at the other end of the pitch. 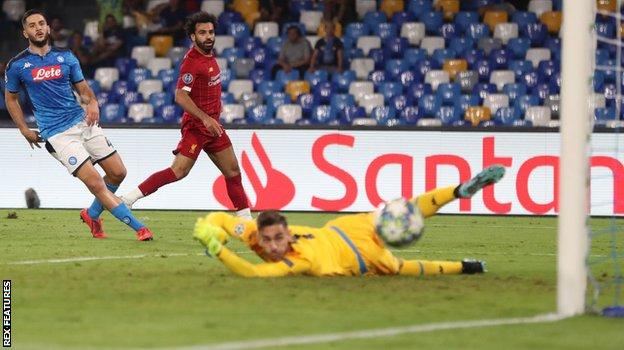 Liverpool managed 13 shots on total, with four on target. Their best effort was this second-half strike by Mohamed Salah, which was brilliantly tipped around the post by Alex Meret.

Liverpool probably saved their most lacklustre attacking performance of the season for the best team they have played so far.

Part of that was down to the opposition; Napoli were very strong at the back, with Kalidou Koulibaly particularly impressive.

But Liverpool should have done better when they came forward, and it was frustrating to see the final ball go astray so often when they did have chances.

Mohamed Salah forced one brilliant save from Alex Meret but, overall, they were just not clinical enough when they got into some very promising positions.

If that happens, you are always going to be punished when you are facing a team as good as Napoli - and that is exactly what happened.

Tom Bosworth: 'I cried to myself in a field