These are exciting times for Leicester and the title race is far from over because it is clear that they are not going to go away.

Let's not kid ourselves - no matter what Foxes boss Brendan Rodgers might have said after Sunday's win over Aston Villa, he and his players will now be thinking they can push Liverpool all the way, and rightly so.

Rodgers says he is happy for Leicester not to be seen as challengers but there are lots of reasons why they are genuine contenders, starting with their manager.

He was - unfairly - lambasted by some people for not winning the Premier League with the Reds when he went so close in 2014 but that experience, and the pressure that went with it, will help him now.

So will the fact he went to Celtic and literally won everything for a couple of seasons. His critics will say 'well, it was only in Scotland' but he has gone there and learned what it takes to land major trophies.

Leicester have several survivors from their title success in 2016 who already know that too, and on top of that they have got the experience of Jonny Evans, a three-time title winner with Manchester United. 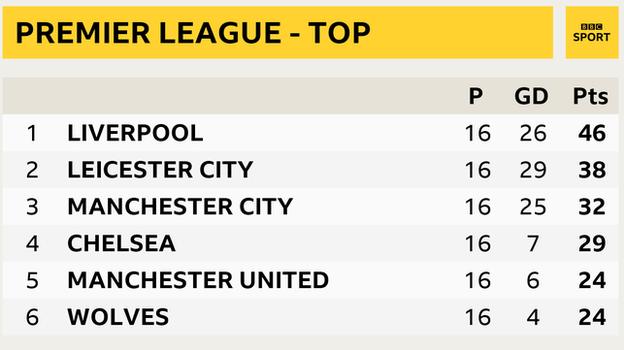 The Foxes have already shown that they have got a strong squad and they are not in European competition so they will only have one game a week in the second half of the season.

That recovery time will be massive for them - it will help to keep them fresh and allow them to play their high-tempo game every week, without making changes that could see them lose their consistency.

They are 14 points ahead of Manchester United in fifth place, which means they are already in a strong position to finish in the top four and make the Champions League for the first time since they won the league.

They will have set their sights higher than that, though.

They will believe they can go the distance in the title race, and their aim must be to stay close enough to Liverpool to take advantage if the leaders do slip up. 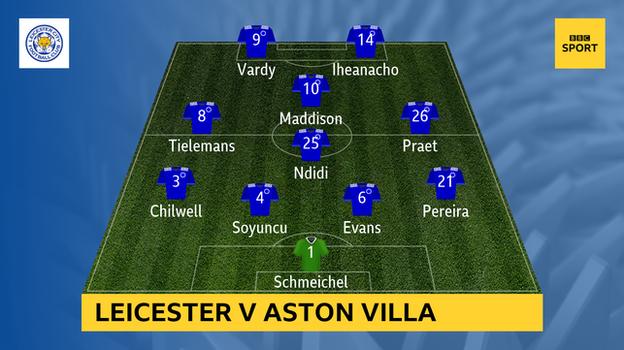 Sunday's win at Villa Park was Leicester's eighth in a row, a club record in the top flight and better than any run they went on in their title season.

You can see exactly why they are doing so well when you look through their team, and the way Rodgers has set them up.

Tactically, they have a base in their usual 4-1-4-1 formation that they have nailed down. They know it works.

But they are gradually adding different shapes and styles of play on top of that, which gives them flexibility to adapt depending on the opposition or react to different situations in matches.

We saw that happen in their win against Everton last weekend, when they switched to a 3-5-2 with half an hour to go and came back from 1-0 down to win 2-1.

At Villa, Rodgers changed things again and went with a midfield diamond in a 4-4-2 formation. Again, it worked perfectly but like every formation it came with a calculated risk versus reward.

Their diamond meant they dominated the centre of the pitch because they had four men versus three in the middle, so they outnumbered Villa there and won every second ball.

That gave them the chance to get James Maddison on the ball, in space, a lot. He was involved every time they came forward.

The downside of using a diamond is your midfield is very narrow. The two men in the centre - in this case Youri Tielemans and Dennis Praet - are also asked to help out wide, which is difficult, and often leaves you light in those areas.

But on Sunday, Leicester were happy for that to happen, and for Villa to overload them with their full-backs down the flanks, because having them so high up the pitch left their lightning quick strikers, Jamie Vardy and Kelechi Iheanacho, in a two-on-two scenario with the Villa centre-backs.

That happened time and time again in the first half. With a better final ball, they would have scored more goals. 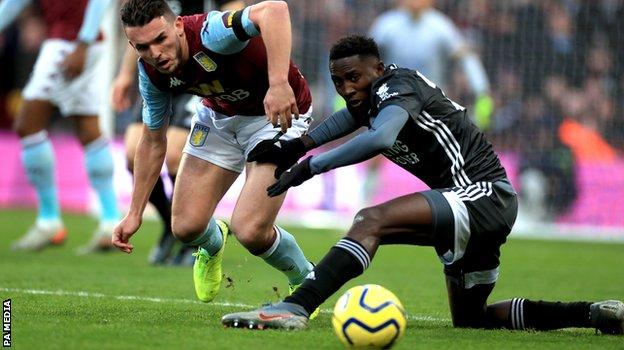 Ndidi has made 70 tackles in the Premier League this season, the most by any player. He also leads the way with interceptions, with 43 so far in 2019-20

Leicester look so dangerous when they come forward, but they are solid at the back too - they have the best defensive record in the top flight and have conceded only 10 goals in 16 games.

Part of that is down to the presence of Wilfred Ndidi, who gives his backline great protection no matter what formation Leicester are playing in.

The 22-year-old has always been a brilliant athlete, and has always been very good at nicking the ball and breaking up play, but I think he has added extra layers to his game under Rodgers.

His positional sense from a defensive perspective has always been very strong but now he seems to have a better understanding of where to be to help his side build play when they attack too.

Under Rodgers, he has improved the way he receives the ball when he is on the back foot, and also his passing - he played more passes than any other player on the pitch against Villa, and rarely gave possession away.

He is more than just a destroyer now, he is actually dictating play sometimes as well, and I think there is a lot more to come from him. 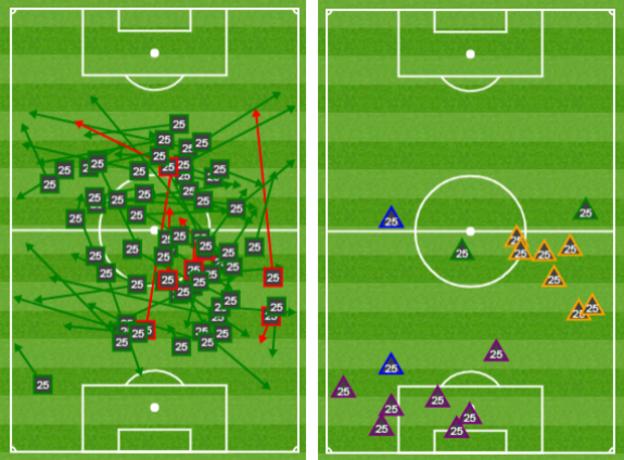 Evans sensible and solid at the back

Behind Ndidi, Jonny Evans and Caglar Soyuncu have formed an excellent partnership at centre-half, and they complement each other extremely well.

They are very different players - Soyuncu is more aggressive and what I call a front-foot defender, who is quick into a challenge.

Jonny, who I know well from our time together at Manchester United, likes to read the game rather than dive in and he is also an excellent communicator who can help talk his team-mates through games.

He is also a threat in the opposition area - he scored Leicester's third goal against Villa with a superb header - but his real value is with his sensible and solid defending. 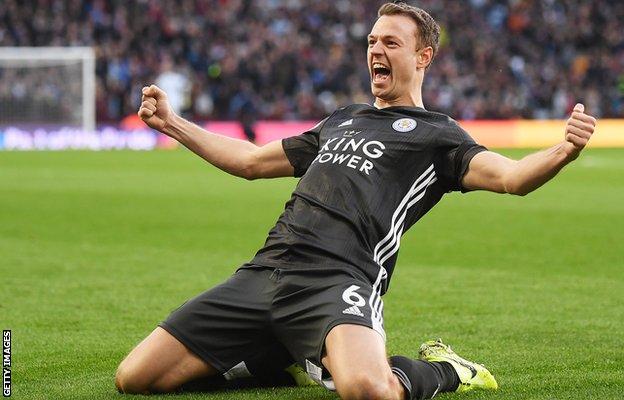 Jonny Evans celebrates his goal against Aston Villa - it was the 32-year-old's first of the season, and the second time he has found the net for Leicester since his £3.5m move from West Brom in the summer of 2018

You don't see anything flash from Jonny, because he will sense any danger before it happens and find a solution long before a last-ditch tackle is needed.

As I pointed out on MOTD2, he often does things that do not count towards his defensive statistics as a tackle or block, but still solve the problem.

They are only small details, like the way he jockeyed Villa players rather than lunging in, or kept his legs close together inside the area so a cross could not get through them, but they all make a difference.

With Jonny, I would describe his style as low-risk defending because he does not commit himself and risk a foul or leave himself off balance and unable to recover, whatever the attacker does.

It just shows the danger of relying on statistics to judge a player, without watching for yourself what they do in different situations.

Stats are important of course, but they have to be backed up by the context of how the player deals with problems they face.

A clever player like Jonny reads the game so well he does not have to try to win the ball, and he is a big reason Leicester are where they are in the table.

Are Liverpool set to face Europe's ?

Lennon 'would love to keep Forster'
Previous Item
NEXT