Snapdragon’s G3x is Qualcomm’s fantastically exciting bid to embrace the gaming market — a brand new reach for the manufacturer, which introduces powerful GPUs, 5G-enabled connectivity, the ability to power external screens, immersive audio capabilities, haptic feedback and a slew of other features that handheld gaming manufacturers have had to cobble together from other sources. Uniting all of this in a single platform is new — and might mean a renaissance of handheld gaming, unlike anything we’ve ever seen before. Razer today showed off a developer kit based on the new platform, kick-starting an exciting new era in handheld gaming.

The rapid development in mobile phone technologies have been unlocking new products in all sorts of categories for a couple of decades. People are now so used to iPads that we don’t accept crappy airline check-in kiosks anymore. We’re so used to excellent battery life and high-speed internet, that anything that falls short of it sparks impatience and frustration. Relatively affordable consumer-grade quadcopter drones only became possible when accelerometers and processors became cheap enough for consumer electronics tinkerers to take existing components and put them together in new and interesting ways.

The march of technology advances is never-ending — and it’s ever so exciting to see Apple launch its own ludicrously powerful processors, and when Google shows off the Tensor processors in the newest-generation Pixel phones, you’d better believe we lean in for a closer look. These are technologies that will have far-reaching impacts in the computing world, but they live in the siloed universes of Apple and Google respectively. Fun, sure, but where the real impact of new processors can be felt by the startup-loving readership of this very publication, is when the OEM manufacturers flex their vision for the future. In short — as a startup, you’re probably not going to be able to get your hands on an Apple M1 Max or a Google Tensor for your own hardware devices. The same isn’t true for Qualcomm and its Snapdragon silicon.

Qualcomm is in the unusual space of making processors that are powering the entire world around us. This is the technology that’s going to be powering everything from fridges to cars to drones to … well, anything you can possibly imagine, really. SnapDragon 8 lives in smartphones across the world. The 4100+ platform powers wearables. XR2 with its 5G chipset is going to be doing the heavy lifting for AR/VR applications. The 8cx processors will be living in tablets and PCs — and we’ve seen the Snapdragon Ride platform turn up in cars. Seeing Qualcomm taking a serious look at the gaming market is interesting, taking deep niche products like the Nintendo Switch and giving hardware manufacturers a toolkit to build their own, powerful handheld gaming console platforms.

More than just tossing together a pile of chips and wishing console developers a happy journey, Qualcomm made the ever-so-shrewd move to partner with gaming veteran Razer to build a developer kit, so software developers can start getting busy while the hardware manufacturing world spools up its product development afterburners.

The Snapdragon G3x Gen 1 Gaming Platform delivers cutting-edge performance and the entire arsenal of Snapdragon Elite Gaming technologies to run all Android games, play content from cloud gaming libraries, stream games from a home console or PC and much more. Available today, the platform is a battle cry for market dominance — and it’s going to be spectacularly interesting to see this one play out. 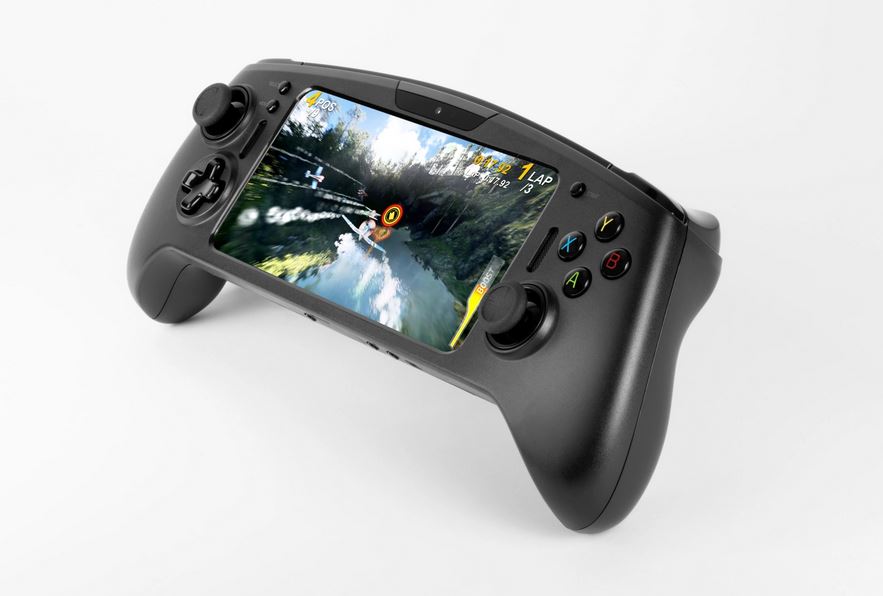 The Razer/Qualcomm collaboration for a developer kit looks like a hell of a handheld gaming console. Image Credits: Qualcomm

The platform has a lot that is particularly interesting, including:

“Razer is extremely excited to partner with Qualcomm Technologies and support them on their way to introduce new cutting-edge technology to the global gaming industry,” says Min-Liang Tan, Razer co-founder and CEO. “Together, Qualcomm Technologies and Razer will lead the way with new and innovative solutions that push the boundaries of fidelity and quality available in portable gaming, transforming the way these games are experienced.”

You can find out more about the Snapdragon G3x Handheld Developer Kit on Razer.com

Google is planning an AR headset for 2024

The pandemic trade is over

Call of Duty to stay on Playstation

Netflix had its lowest year of subscribers

Square is changing its name to Block
Next Item