The volume of disinformation on the internet is growing so big that it is starting to crowd out real news, the Commons Digital, Culture, Media and Sport Committee chairman has said.

The government said it plans to introduce a requirement for electoral adverts to have a "digital imprint".

This would mean that all political communications carried online would need to clearly identify who they were published by.

Labour said the government "needs to wake up to the new challenges we face and finally update electoral laws".

The London-based data analytics firms and tech giant Facebook were at the centre of a dispute over the harvesting and use of personal data - and whether it was used to influence the outcome of the US 2016 presidential election or the UK Brexit referendum.

Both firms deny any wrongdoing.

Arron Banks, the businessman who was the chief backer of the unofficial Leave.EU campaign, donating millions of pounds, was criticised for misleading the committee about his business dealings with Russia and for failing to demonstrate the source of the money.

MPs also considered evidence from around the world of how elections could be manipulated and heard how Russian agencies worked to influence votes by running adverts on Facebook.

Mr Collins told the BBC this had happened without the knowledge of the social network.

"That's why we feel that this is now a threat to our democracy," he said.

"If these tools that are so powerful, that can reach millions and millions of people all around the world at the touch of a button, if they can be effectively used to spread disinformation without the source of that information ever being revealed, as appears to be the case here, then that is a threat we have to confront."

He made clear the term "fake news" as used by figures like US President Donald Trump is different to the "concerted campaigns of disinformation" in which people or agencies deliberately spread false stories.

New laws must be introduced to clamp down on the "wild west" social media world, their report said.

The committee also repeated its call for Facebook chief Mark Zuckerberg to give evidence.

It said it was working on ways to authenticate and label these type of adverts in the UK.

The committee concluded that Arron Banks had misled them about his meetings with the Russian Embassy and had walked out of an evidence session to avoid scrutiny on the topic.

It said that it was "unclear" where he had obtained the money for his donation to the leave campaign, and he had failed to demonstrate that it came from within the UK.

Mr Banks "seemed to want to hide the extent of his contacts with Russia", which had discussed potential gold and diamond deals with him, and his spokesman Andy Wigmore was "a self-confessed liar", the committee said.

Mr Collins said: "If it turned out to be the case that he profited from these relationships with the Russian people he was meeting and discussing business deals with, and he used that money to invest in the Brexit campaign, then I think that would be a really serious matter."

The Information Commissioner's Office is also investigating whether the Leave.EU campaign, which Mr Banks co-founded, misused customer data from his insurance company for political purposes.

Mr Banks has said that the funding for his donation came from his personal wealth and has described the information commissioner's investigation as "a politically motivated attack".

Cambridge Analytica whistleblower Christopher Wylie and the firm's former chief executive, Alexander Nix, were among the 61 witnesses who did give evidence.

A copy of the report was leaked on Friday by Dominic Cummings, the director of the official Brexit campaign group Vote Leave, who published it on his own blog.

Mr Cummings was asked and officially summoned to take part in the inquiry - to respond to allegations made against the Vote Leave campaign - but he refused. Mr Cummings called the report "fake news".

What did the committee find?

The report said people were increasingly finding out about what is happening in the country, local communities and the world through social media - rather than through traditional forms of communication such as television, print media or the radio.

People were also less likely to question information shared on social media because most trust their friends and family. 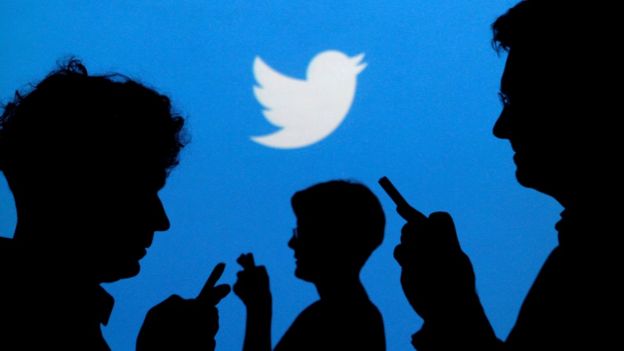 The MPs said this is where malicious actors come in to try to influence the billions of people who use social networks such as Facebook and Twitter.

Fake news can come in a wide spectrum of forms, from satire and parody to fabricated images or propaganda, the report said.

What does the report recommend?

The report made a series of recommendations.

Mr Collins said: "Data crimes are real crimes, with real victims. This is a watershed moment in terms of people realising they themselves are the product, not just the user of a free service.

"Their rights over their data must be protected."

What has the reaction been?

"Labour called for increased powers for the Electoral Commission during the passage of the Data Protection Bill on digital imprints, the disclosure of funding sources and settings for targeted adverts and increasing the commission's investigatory powers.

"These calls were rejected by the Conservatives," he said.

What does the government say?

A spokeswoman said: "The government takes disinformation very seriously, as with all types of online manipulation and internet harms.

"That is why we have said we will come forward with new online safety laws to make sure the UK is the safest place to be online.

"We note the committee's report and will consider its final recommendations"

The government is expected to publish a white paper later this year on proposals to reform laws to make the internet and social media safer.

The committee's final report is expected before the end of the year.

Cloud tech use in forex trading to soar

How a 10-second video clip sold for million

A dose of realism on tech regulation