The UK technology sector grew 2.6 times faster than the UK economy as a whole last year, new figures show. One of the biggest growth areas was in compassionate tech, with new apps and online services helping society's most vulnerable.

"I ended up sofa surfing from place to place, so I didn't really have anywhere [of my own]," 27-year-old Davina tells the BBC's Victoria Derbyshire programme.

She has been homeless for seven years.

"It can affect your mood a lot, because you don't have a personal space that's yours.

"I had no direction whatsoever," she says.

But now Davina has hope of a different life.

She is training to become an accountant, thanks to funding raised through compassionate technology - a thriving UK sector in which private start-ups are using tech to provide health and welfare services for those most in need.

For Davina - whose surname we are not using - it was a company known as Beam.

Beam approaches homeless charities, creates a plan for people to get their dream role, and then uses social media to match sponsors to individual campaigns.

And there is no shortage of people signing up.

Beam has thousands of sponsors pledging anything from £5 to £2000, which so far has got 30 people into jobs.

"There are people out there I don't even know, who are willing to support me. So it feels great," she says.

'A lot of courage'

One of those who supported her was David Gordon, from north London.

The accountant was one of her biggest funders, after Davina's story resonated with him.

"I was thinking it was tough enough for me [to become an accountant], so for you to do it in the face of adversity - you've got a lot of courage," he tells her, as they meet for the first time.

He was also full of praise for Beam.

"I thought it was a great concept and innovative way of helping people get over the line," he says. 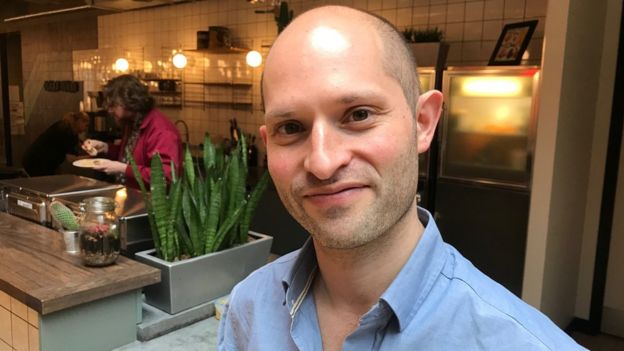 Currently Beam takes £1 in every £10 that is funded, to run its operation.

But its founder, Alex Stephany, wants this to change.

"We hope [in the future] this is a service the government will fund, as that will allow us to help as many people as possible," he says.

"That will also allow us to save money for taxpayers, because at the moment homelessness is a very expensive problem the taxpayer is bearing the brunt of."

The UK has more investments in compassionate technology companies than the rest of Europe put together, data from Public - which supports industry start-ups - suggests.

These companies are part of a sector estimated to be worth about £7bn, more than the financial tech sector - the new services such as current account apps disrupting traditional banking.

And the UK technology industry as a whole grew by 4.5% between 2016 and 2017, according to a Tech Nation report released today.

This is nearly three times the rate of UK gross domestic product (GDP), the amount the economy produces, which grew by 1.8% during the same period. 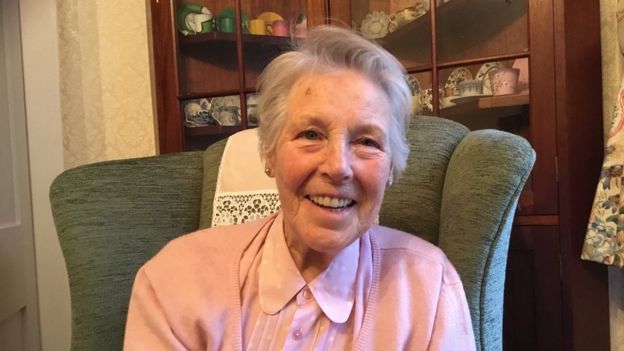 Another area where compassionate technology is growing is in combating loneliness in older people.

Technology is often designed for younger users, with touchscreens often failing to work for older users with dry hands, leaving them unable to communicate with others as easily.

"I find with my mobile, I have to sit down very carefully and do all this business," says 84-year-old Marian, from Bromley. "I can't do what the children do."

But now she has a high-resolution screen, called Komp, controlled with a single dial.

It allows her to connect with her grandchildren, who can update it remotely with fresh pictures. 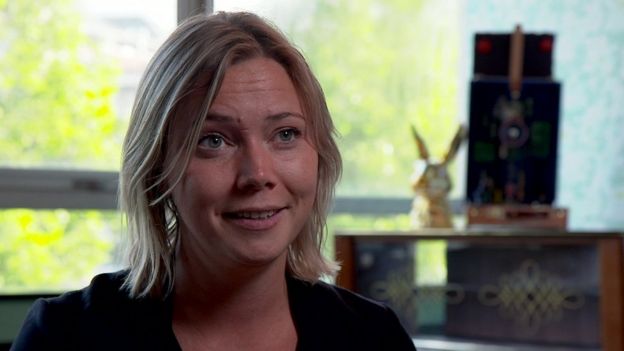 Karen Dolva, head of the company No Isolation that's behind the product, says: "We've been forcing tech made for millennials on to seniors, and it doesn't work.

"You can't give them something that is just altered [for older people], you have to start over."

Compassionate technology is already embedded within some state public services.

One example is GP at Hand, which allows you to book an appointment with an NHS doctor on your smartphone within two hours.

Currently available only in the capital - it's intended to take the strain off demand for GP services, and means dropping your existing local GP and going to one of three central London surgeries if you are asked to see someone in person.

There is criticism, however, from some charities that compassionate tech should not be needed, if support from public services was there in the first place.

But this is disputed by Margot James MP, the minister for digital and creative industries.

"I think we all need to play our part in resolving these problems and giving people hope," she says.

"The public sector and government do not have a monopoly on ideas about how to help people in need".

However it is funded, the industry has seen "stratospheric growth" in recent years, according to Max Chambers from Public.

He believes many former care workers are driving the change, and praises the tech companies' ability to tackle issues such as social care, loneliness, mental health and financial exclusion.

"These start-ups mark the dawn of a new compassionate tech," he says.

Watch the BBC's Victoria Derbyshire programme on weekdays between 09:00 and 11:00 on BBC Two and the BBC News channel.

Europe to press Zuckerberg over privacy
Previous Item
NEXT