Apple and Samsung are facing each other in a California court for a third trial involving the same set of five patents.

Apple was originally awarded $1.05bn (£772m) in 2012 after a jury found the South Korean firm had infringed several of the iPhone's innovations.

That sum was reduced to about $400m after the first retrial and other legal efforts by the Galaxy smartphone-maker.

But a fresh hearing became necessary after a Supreme Court ruling on how the penalties were calculated.

Retrial judge Lucy Koh, who also sat in the first case, has said she intends to apply a "Groundhog Day" rule.

This reference to the 1993 movie, in which a day repeats itself, restricts the two companies to rehashing the evidence they presented before rather than offering up new facts. 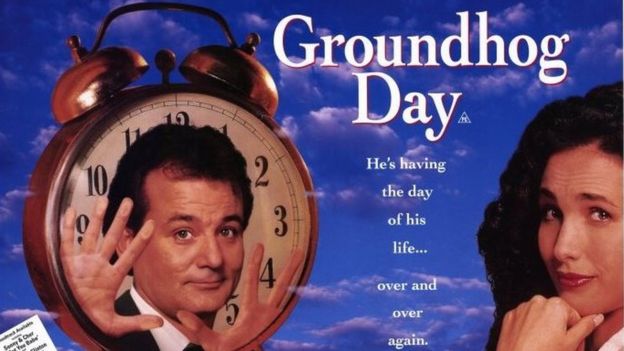 The judge has made reference to a 1990s comedy

Jurors must also stick to the previous judgement that Samsung copied three design patents concerning the look of the original iPhone, and two utility patents involving its pinch-to-zoom feature and bounce-back scrolling effect.

They may, however, decide to settle on a different award, based on the fact the Supreme Court has provided them more latitude.

What is a design patent? 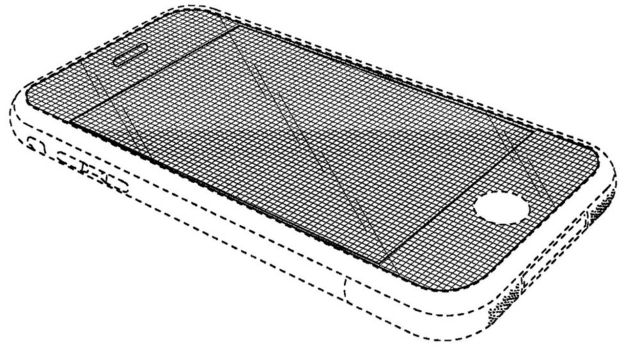 A design patent is a 25-year registered monopoly right, which describes a new, original and ornamental design for a manufactured object.

They are called "registered designs" in Europe and most parts of the world, but "design patents" in the US.

In the current case, Samsung was found guilty of infringing three design patents.

Two concern the front and rear look of the original iPhone's body.

The third covers the graphical user interface showing the layout of apps on its homescreen.

The retrial centres on several handsets that are no longer sold by Samsung, including the Droid Charge, Mesmerize and Galaxy S2.

Samsung had objected to the size of the design patent portion of the existing penalty, which had been determined by how much profit it had made from selling the handsets.

It argued that consumers had not bought the phones for their aesthetics alone, but also their functionality.

As such, it said, the amount should have been limited to the value of the offending parts and not the complete devices.

In December 2016, eight Supreme Court judges sided with its argument, and ruled that it was wrong that lower courts should always consider the "relevant article of manufacture" in such cases to be the end product sold to consumers.

Instead, the judges unanimously decided that an award could be based solely on the value of the components involved.

However, the justices did not set out how this should be applied in practice.

Instead, they referred the matter back to the federal court.

As a result, the California jury will still need to determine what was the "relevant article of manufacture" in this case - the complete infringing smartphones or just some of their parts.

Apple may say it should still be the former in this dispute, arguing that the phones would have had no value without the designs of their bodies and user interface.

Whatever the verdict, it is likely to set a precedent for other US-based patent disputes.