Facebook says an overhaul of its privacy tools will make it easier for people to find and edit the personal information the company holds.

Details of the changes were announced in a blog.

They follow intense criticism of the firm after it emerged that data about 50 million users had been harvested and passed on to a political consultancy.

However, Facebook says the revamp was already planned ahead of the scandal in order to comply with new EU rules.

The announcement coincides with a fresh dispute with New Zealand's privacy watchdog, which has accused Facebook of being in breach of local laws.

Facebook's chief privacy officer acknowledged the damage which the Cambridge Analytica revelations had caused her company, at the start of her blog.

"The last week showed how much more work we need to do to enforce our policies, and to help people understand how Facebook works and the choices they have over their data," wrote Erin Egan.

"We've heard loud and clear that privacy settings and other important tools are too hard to find, and that we must do more to keep people informed." 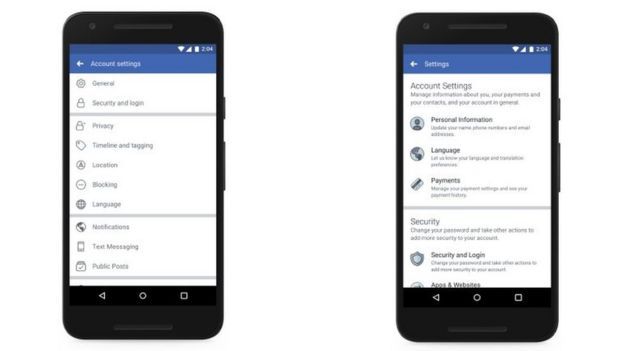 The existing mobile settings menu, seen on the left, has been redesigned to look like the image on the right

Although it is not mentioned in the blog, the BBC understands the firm also intends to make the link to fully delete an account more prominent. 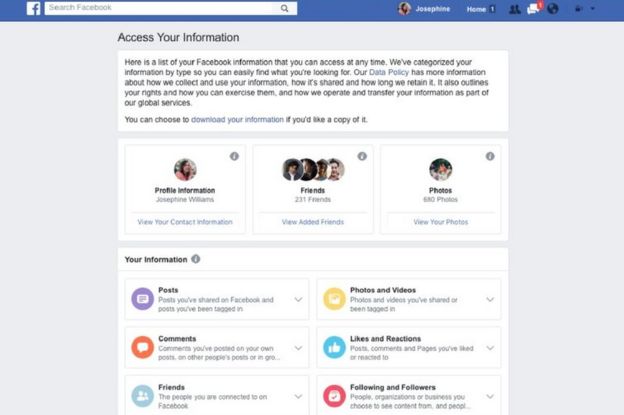 The action precedes the EU's General Data Protection Regulation (GDPR), which comes into force on 25 May. The new law toughens the requirements on how organisations handle the public's data, as well as imposing harsher penalties for breaches. 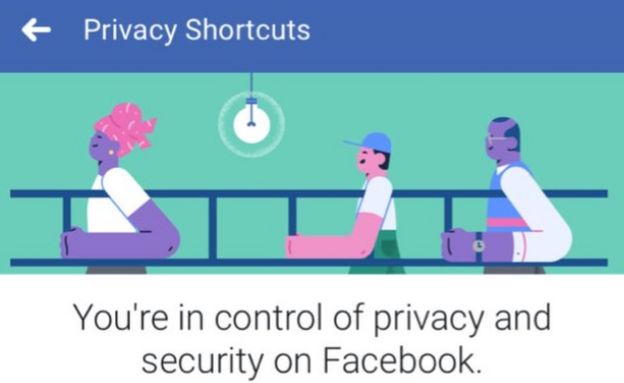 Facebook insists this move - to give people greater visibility of their privacy settings and an easier way to delete data - has been in the works for months, but the company knows how urgent this has become.

"Facebook recognises it's clearly lost people's trust and it needs to get to work on regaining that," Stephen Deadman, its global deputy chief privacy officer told me.

Now this sounds like a useful update to what any user will tell you is a very confusing system. Try to find how to stop your phone from uploading its contacts to Facebook, for instance, and you will go on a long and complex journey.

But you will still need to do a lot of clicking before you can find out whether that quiz you filled in last week has told Facebook and your supermarket that you are pregnant.

The question is whether the social network should be more proactive in warning people about the data they are sharing - perhaps sending an alert to all those people who are almost certainly unaware that they are still uploading their phone contacts to the company.

"You're in control of privacy and security on Facebook" is the message on the new one-stop shop - but maybe busy users just do not have the time to take back control without a lot more nudging.

Close to $80bn (£56bn) has been wiped off Facebook's market value since 16 March, when it revealed it had received reports that Cambridge Analytica had not destroyed data about millions of its US members, as demanded several years previously.

The UK-based consultancy has denied using the data to aid President Trump's election campaign and claims it had deleted the information. However, the British company suspended its chief executive following other allegations. 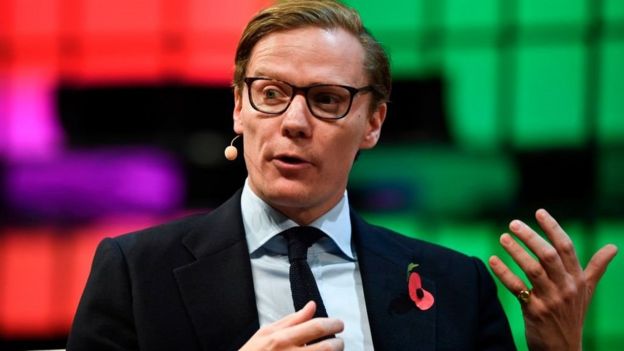 Cambridge Analytica's Alexander Nix has been suspended from his firm

Since then, Facebook's privacy practices have come under fresh scrutiny.

New Zealand's privacy commissioner is the latest to have voiced criticism, accusing the firm of breaking the law by refusing to provide data about a dispute involving one of its citizens.

The man involved had wanted access to information about what others had written about him.

"The social media company said the Privacy Act did not apply to it and it did not have to comply with the commissioner's request to review the information requested by the complainant," the watchdog said in a statement.

Facebook has responded saying: "We are disappointed that the New Zealand Privacy Commissioner asked us to provide access to a year's worth of private data belonging to several people and then criticised us for protecting their privacy."

Other recent developments include:

Huawei P20 'can see in the dark'
Previous Item
NEXT