"The streaming services are all charging $9.99 and everyone has the same music," he told the BBC.

"And it's really nice. You get whatever song you want, you get your playlists - but there's got to be more interaction between the artist and the audience.

"Sooner or later, something's got to give," he said, indicating that Apple Music wanted more original content.

On streaming sites, however, "the labels want you to have the same music".

He said: "So there's a real rub there. Sooner or later something's going to give."

Apple has had some success with exclusives in the past, scoring big hits with Drake's Views and Frank Ocean's Blonde.

But it has recently moved away from the strategy, preferring to invest in filmed content, including the Carpool Karaoke series, and its Beats 1 radio station, which boasts shows presented by Elton John, Drake and St Vincent. 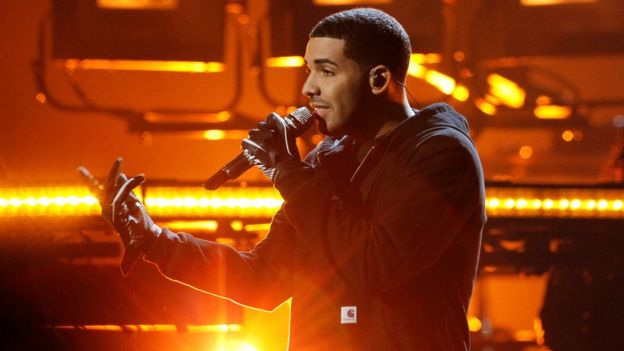 Drake, who has released several Apple Music exclusives, is the most-streamed artist in the world

Iovine, who produced records for Bruce Springsteen and U2 before founding Beats headphones and joining Apple, argues that streaming sites are still too limited in their scope.

"They're not enough as just a utility where you go there and you get the music. They have to move you, bring culture to you," he said.

"I don't think any of the services are there yet. They need to be cultural hangars for people to go to, where artists communicate with their audience.

"I'm very dedicated to that."

The executive was speaking as the US recording industry revealed its revenues had risen 16.5% to $8.7bn (£6.2bn) in 2017, with streaming contributing two-thirds of the total.

Meanwhile, digital downloads - once seen as the saviour of the industry - are now being outsold by CDs and vinyl. 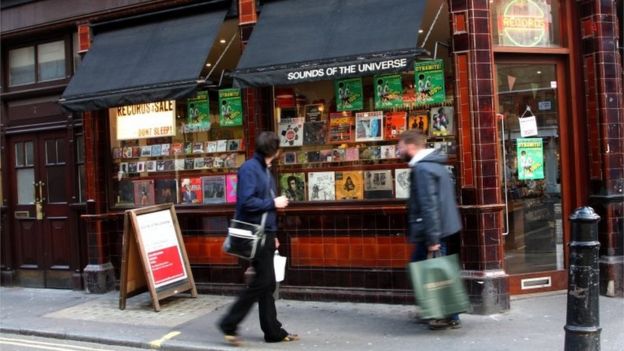 A total of 4.1 million vinyl records were sold in the UK last year

Apple has previously denied rumours it would "phase out" the iTunes download store next year, but Iovine told the BBC such a move was inevitable.

There is no concrete timescale, but he said: "If I'm honest, it's when people stop buying.

Iovine was speaking to the BBC a few days before the Wall Street Journal reported he would step back from day-to-day involvement in Apple's streaming business and move into a consulting role.

The 65-year-old was in the UK to promote the HBO/Netflix documentary The Defiant Ones, which tells the parallel stories of Iovine and hip-hop producer Dr Dre, who became his partner in developing Beats Electronics.

His rise to the top of the industry is chronicled in close detail - from the day he almost got sacked by Bruce Springsteen to the controversy he stoked by releasing records by Tupac Shakur and Marilyn Manson as the head of Interscope Records in the 1990s.

Iovine reflects on some of those memories below.

When Bono describes you in the film, he says: "There's something in him that's attracted to rage." What do you make of that?

He's right! I like the edgier stuff. If I have a choice, I'll always lean that way. It's such an expression of someone's power and commitment.

I'm always looking for music that has a certain amount of dealing with social injustice, or screaming out loud, like Eminem.

A pivotal moment in your career is recording Born To Run - but it was hard work, right?

I come from a place where working hard is like: "It's five o'clock, I'm getting the hell out of here." When I met Bruce Springsteen, I was like: "This guy doesn't stop until it's right? What the hell has that got to do with anything?"

So during the album, there's this whole thing about the drums. I'm trying to get the drum sound and he just stands over me and says the word "stick" over and over again. And after what felt like six weeks, I just said: "I'm done. I can't do this any more."

Bruce's producer Jon Landau convinces you to stay. Why was he so persuasive?

Landau looked at me and said: "Hang on a second. I'm going to teach you something that you can take with you for the rest of your life. This is not about you. This is about the greater good of the album.

"Now you go back in there and tell Bruce Springsteen you are going to support him in whatever he wants, and for as long as it takes - and you'll have learned a big lesson."

It hit me in the head like a two by four. I realised the amount of humility it takes [to make a hit record]. So I got my work ethic from Bruce Springsteen, period.

Later on, you took Springsteen's Because The Night and gave it to Patti Smith. Why did you think it would work for her?

When I heard those lyrics - "Because the night belongs to lovers" - I said: "Wow, if Patti sings that, that's going to sound so powerful from her perspective. Very different than if it comes from a man."

Of course, she didn't want to do it in the beginning. She resisted at first. But as you see in the documentary, there's a beautiful ballet that gets it done.

You were known for working rock musicians. How did you end up signing Dr Dre and Tupac to Interscope?

These guys reminded me of Mick Jagger and Keith Richards. They scare you but their music draws you in.

When you signed Dre, no-one wanted to play his records. How did turn it around?

So I told my radio guys: "Do me a favour, make me a one-minute edit and [send it to] 50 of the top [radio] markets in the country. They can't stop that, because that's an ad."

Now, it didn't say Dr Dre on the ad. It didn't say anything, it was just the music - but all of the sudden the phones started exploding. So then we made a clean version and radio started playing it. 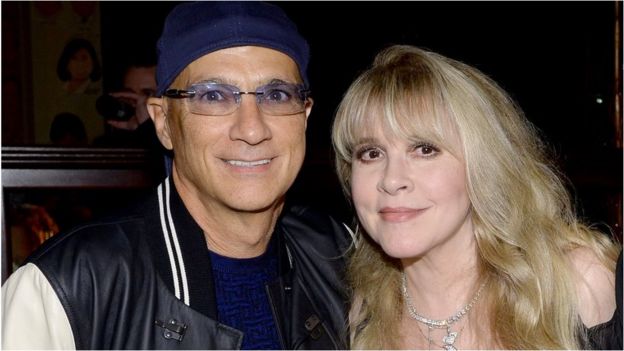 How did you end up starting an electronics company?

The minute I saw Napster, I realised the record industry was toast. It was free, easy and just smarter than the way we were doing things.

So I felt it would be trouble, and I was looking for stuff to do. Then I'm walking down the beach and Dre says: "Hey man, my lawyer wants me to sell sneakers." I said: "Dre, nobody cares what sneakers you wear. That's not what you're about. You're about audio. People will buy the audio you recommend."

And I said: "Screw sneakers, do speakers." 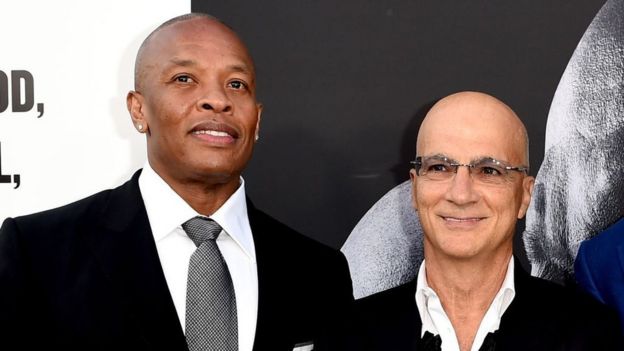 But you ended up making headphones instead...

Headphones looked like medical equipment before Beats. The most popular company was saying: "You can go to sleep with our headphones." We wanted to make headphones that were exciting. And that's why I believe that Beats changed the industry.

After Apple bought Beats, you ended up in the streaming business. Do you think artists are getting a fair deal out of it?

Artists deserve to get paid, period. And get paid a lot.

What's happening right now, as far as paid-for streaming, it's almost better for new bands than it is for the catalogue. The new bands are getting a lot of traction, because younger people are on streaming.

Where it gets tricky is the artists' relationship with the record label or the publisher [and how the money is distributed].

The problem the artists have is not with the streaming services. I'll stand behind that with everything from a calculator to my fingers.

Bruce Springsteen says the key to your success is a "tremendous lack of fear". How true is that?

That's the underlying theme of the documentary - channelling fear.

When I was a kid, I was afraid of everything. I was in a neighbourhood where physicality was the currency and I was a little guy. I was terrified of school. I still have fear today, but you channel it and you use it as a tailwind instead of a headwind.

I mean, you're not supposed to walk into somebody who's got a shotgun pointed at you. That's stupid. But the normal, everyday fear that we all have? You can harness it and it's a powerful, powerful thing.

Zuckerberg will not appear before MPs
Next Item