Achieving the country’s industrialization drive through stable and cheaper cost of power generation must not be at the expense of the safety of national assets and other stakeholders such as host communities.

The fact remains though that actualising the industrialization of the country will lead to jobs creation and wealth. It is therefore commendable that stakeholders such as Ghana National Gas Company (Ghana Gas), Ghana Grid Company (GRIDCo), contractors and sub-contractors as well as managers of the economy make conscious efforts to switch generating units to cost effective natural gas from the country’s own oil-fields.

Certainly a good move, that the Karpowership which hitherto used heavy fuel oil (HFO) has been relocated and moored at the home port of the Western Naval Command at Sekondi in the Western Region.

On face value and for the sake of the economy, many will be tempted to conclude that players in the energy sector have done a yeoman’s job by trying to save cost. Sure, a good move.

Historically at the weekend, the valves were symbolically switched from the use of HFO to natural gas. Given the pedigree of industry players involved in delivering this project however, one big failure should not have eluded them all at the same time. It is the issue of safety, and a watertight one at that. 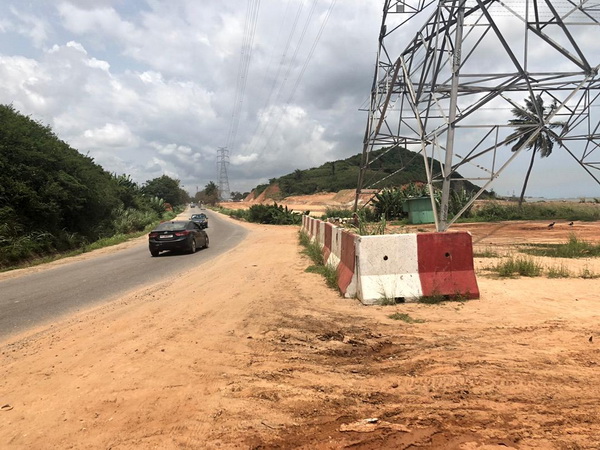 What we found out

At a recent safety conference in Takoradi organised by the Sekondi-Takoradi Chamber of Commerce and Industry, the Daily Graphic per its Western regional reporter raised several safety queries about the power project. The safety officer from the Ministry of Energy followed up with the reporter to visit the site.

The reporter then followed up with calls to all key stakeholders in the project, most of who also acknowledged the obvious safety challenge but failed to address it ahead of the commissioning of the project.

It would seem that the lofty idea of relocating the powership, brilliant as it is, sent all of us into a big sleep so alluring that we shut our eyes to the reality – that there was and still is the critical need to ensure the safety of what one can perhaps describe as adjunct stakeholders - motorists, Essipon and Ngyeresia communities, and the Sekondi township as a whole. 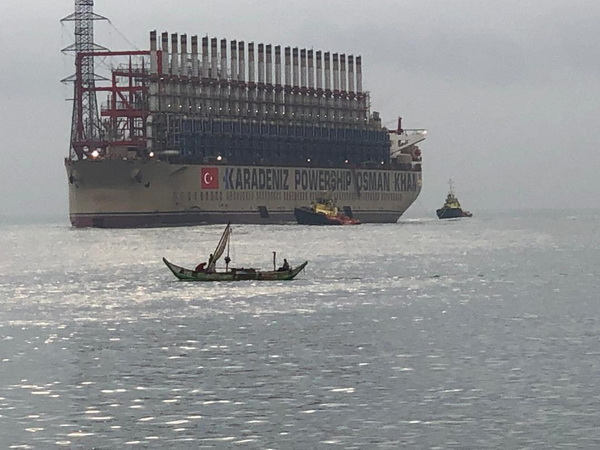 It is now glaring that safety of strategic national installations such as the Naval Command in Sekondi and the Fishing Harbour have been compromised.

Firstly, the gas pipelines run through the communities from the Aboadze end of the Ghana Gas metering station through Essipon to the powership, with a lot human activities along the line.

The high voltage pylons linking the switchyards of GRIDCo to the powership at the military installation are dotted in the communities, with some in very dangerous locations that require urgent attention.

Power pylons particularly in three of the locations have been confirmed by experts to pose immediate danger to the lives of the people within its environs. These also constitute a major concern for operations at the military port. 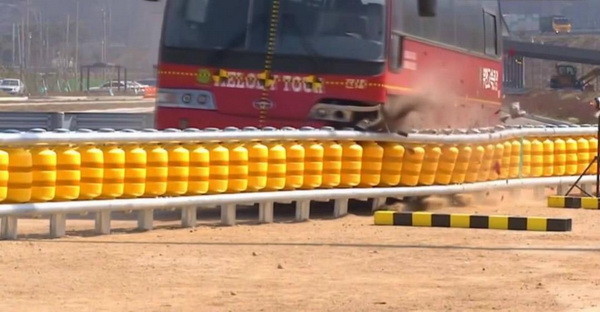 One of the hazards is within the military port; a pylon erected inside the fishing harbour right next to a jumbo petroleum storage tank belonging to Ghana Oil Company (GOIL) which supplies fuel to the Navy fleet.

The petroleum downstream industry remains a sector that takes a lot of things into consideration before siting storage facilities or tank farms. It therefore cannot make much engineering or scientific sense that here at the homeport of the military facility, high-tension cables are flying only a few metres from a major petroleum storage facility.

This writer understands GOIL’s vehement protestations at the onset of the project were shoved aside claims that there was no cause for alarm. 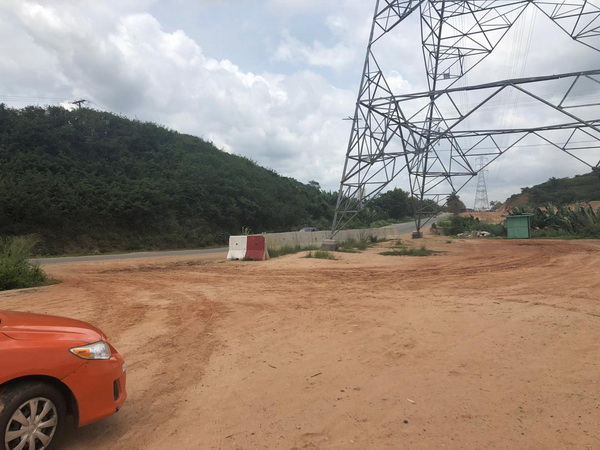 Now there is this thing they call arc or intense arcing which results from damage to power lines during power generation. The most intense kinds of arcs, experts say are referred to as arc blasts, which can knock down objects in its way.

Arcs can also cause burns and ignite flammable or combustible materials next to it such as clothing or gas. Running these high-tension cables next to the petroleum storage and within the military installation is a present danger that must urgently be revisited.

The same yard and in fact the exact location of the powership serves as the main entrance which is the deeper part of the military port’s quayside. In the case of any collaboration by the Ghana Navy as in the past where it held what was referred to as the Africa Partnership Station, visiting vessels like the US Navy ships McHenry, Nashville and Gunston Hall or ships from member countries cannot berth now if the need be.

This is because the powership is occupying the deeper part of the quayside. That aside, the distance between the last pylon connecting the powership is very long, thus the overhead cables that fly partly over the deeper quayside of the military port hung too low to allow vessels to berth close to the powership.

These challenges, experts say, should not encumber the operations of the Navy and one wonders what exact considerations went into the entire planning. 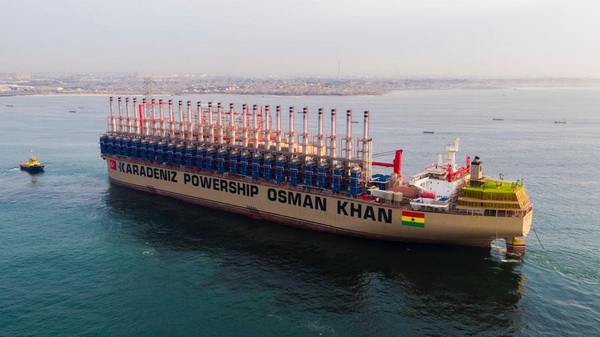 Here is another intriguing danger. Some of the pylons carrying the high-tension cables are in the sea, starting from the entrance of the fishing harbour in Sekondi where the fisherfolks begin their fishing expeditions.

The pillars mooring the pylons are non-reflective nor surrounded by floating buoys. What can happen during storms should our fishermen lose control of their boats and ram into the foot of these pylons can best be left to the imagination.

On the road
In Sekondi, one of the pylons is located less than 8-feet from the main highway and in a blind sharp curve opposite a stone quarry.

Luckily, the contractor, Amandi Holdings, appears to be aware of the danger. Its immediate solution however leaves much to be deserved. It has placed concrete bollards at the place to warn off motorists. These concrete bollards are considered hazards on the roads and globally are being phased out due to the danger they pose to human lives and property.

It appears the contractor and proponents of the project chose the easy way out by using concrete bollards in a blind sharp curve when even the roller barrier technology could have come handy. 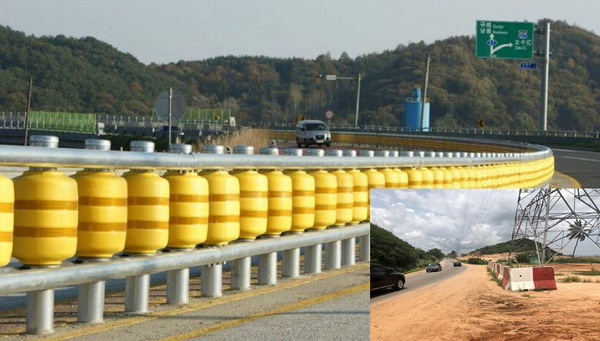 As a matter of urgency, there is the need to revisit the entire project and review safety protocols. We don’t need to go to China for technical advice on this. I’m certain our own Volta River Authority (VRA) can help with advice.

We should consider expanding the road by removing the hill to create a buffer where the pylon stands in the blind sharp curve before we begin the casualty count.

Again, the fuel storage for the fleet should be relocated from the port, and the pylons in the sea be provided with reflective floating buoys to ensure safety and uninterrupted power.

Isn’t it what they say, that is a stitch in time saves nine?

Here Is How To Prevent Vacation Slide
Previous Item
NEXT