Some participants in the camp during the opening ceremony

The 2019 National Girls Camp opened in Accra on Wednesday, August 21, with a call for an end to child marriage and other forms of abuse against girls.

The Project Manager of the Girls Advocacy Alliance (GAA) Project, Mrs Anna N. Nabere, said “child marriage is a violation of human rights and it must be addressed.”

Addressing the opening ceremony of the camp, Mrs Nabere said the purpose of the GAA was to reduce child marriage, sexual violence and abuse, commercial sexual exploitation of girls, as well as to create advocacy to ensure that many girls had access to technical and vocational education.

Organised under the auspices of the Girls Advocacy Alliance (GAA) Project, the programme is being implemented jointly by Plan International Ghana, Defence for Children International and the Ghana NGO Coalition on the Rights of the Child, with funding from the Dutch Ministry of Foreign Affairs.

The week-long event, aimed at empowering the participants by providing them with the opportunity to interact among themselves and to share ideas on empowerment and gender equality, brought together more than 100 participants from the Ashanti, Eastern, Greater Accra, Northern, Savannah, North East, Upper East and Upper West regions.

The programme is being organised on the theme: "Empowering girls to lead; the responsibility of all." 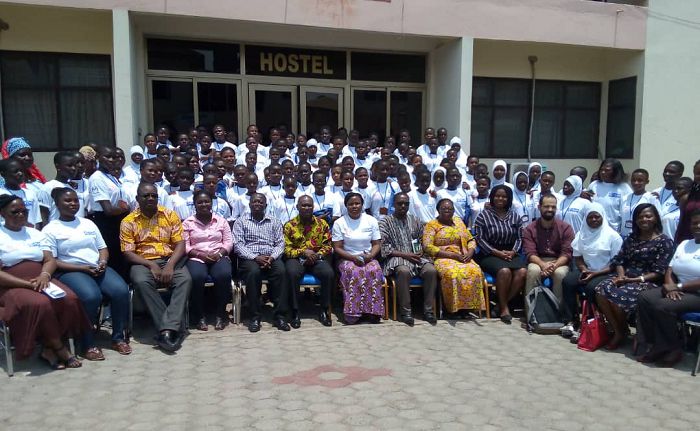 In a speech read on her behalf, the Minister of Gender, Children and Social Protection (MOGCSP), Mrs Cynthia Morrison, called for increased efforts to enhance leadership opportunities for women in the country.

According to her, although women were naturally good managers, a number of them were not considered in the decision-making process in most homes and at the various levels of decision making in the country.

She said women must be given equal rights to become leaders, saying “girls have equal rights as boys to lead.”

In a speech read on his behalf, the Country Director of Plan International Ghana, Mr Solomon Tesfamariam, said the purpose of the programme was to strive for the attaintment of a just world that advanced children’s rights and equality for boys and girls.

He said Plan International had been working towards that objective by engaging people, communities, as well as partnering organisations to make vital changes that tackled the root causes of violations against girls and their development.

He said in the last decade there had been an increase in women and girls issues globally, all geared towards empowering and creating an enabling environment for women and girls to survive.

He added that girls turned to suffer more nutritional deficiencies than boys “because they are the last ones to eat.”

He noted that globally, about 12 million girls were forced into early marriages annually, with many of them dying during pregnancies and childbirth.

Ghana to host 2020 ADCOTT in Accra

'Roads in Ghana' most dangerous place