A Tesco advert that used an image of Mel B has been taken down after she complained.

Scary Spice's image was used in an ad for Tesco's new Clubcard Plus.

Melanie Brown used her Instagram account to ask Tesco's CEO to contact her "urgently". Tesco said the image was cleared for use but have now pulled it as Brown was "unhappy".

A Tesco spokesman said: "Here at Tesco we are really big fans of Mel B and were excited to feature her photo in our campaign.

"We had authorisation to use this image, but we're sorry Mel B is unhappy so we've stopped using it." 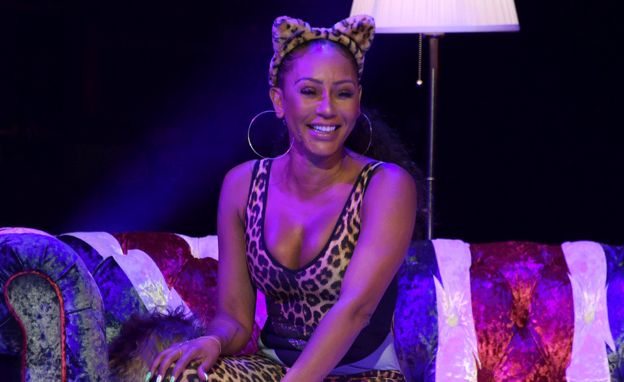 The image was purchased by Tesco through Getty Images and a contract was signed with Getty and Brown's agent.

It is not clear why the singer took umbrage with the image being used in the advert.

A spokesperson for Mel B told the BBC: "No comment."

The advert was part of Tesco's latest campaign, featuring cultural references from the past century for its 100th anniversary, with the tagline: "Prices that take you back".

The photo of Brown in a leopard print catsuit, was taken at the Brit Awards in 1997, during the Spice Girls' heyday.

Other celebrities, including Morecambe and Wise, have also been used in the campaign.

The comedy duo replaced Mel B on Tesco's Twitter banner on Monday evening.

The Rock is Instagram’s Most Valuable Star

“Wearing a mask shouldn’t be a debate”

MOBO Awards coming back for 2020
Next Item