Primavera has become the first major music festival to switch to a mobile-only ticketing policy.

The Spanish festival is abandoning physical and "print-at-home" tickets for its 20th anniversary next summer.

Organisers says they hope to combat touts by implementing the technology, which is provided by British ticketing firm Dice.

The festival draws 220,000 fans to Barcelona every year, to see acts like Pulp, Radiohead and Arctic Monkeys.

The event made headlines last year by becoming the first European festival to achieve a 50/50 gender balance on its line-up.

Abandoning paper tickets in 2020 will help Primavera achieve its environmental targets, organiser Pablo Soler told the BBC, but the main goal is to sideline scalpers and touts.

Dice's app prevents people from reselling tickets - although you can transfer them between devices if, say, you've bought a ticket as a gift, or changed your phone.

Refunds can be requested and processed directly within the app; while fans can be added to a "waiting list" for returns.

"Anyone who thinks touting can't be solved should take a look at this," Dice's CEO, Phil Hutcheon, told the BBC. "It's working and it's working at scale."

UK festivals like Lovebox, Trnsmt and Citadel have also introduced phone-based tickets through Ticketmaster's TM app, but Primavera is the first to go mobile-only.

Alternative arrangements will be made for fans who don't have a phone, added Soler, but "for the vast majority" of festival-goers, mobile tickets will be the "easiest and safest" way to enjoy the event. 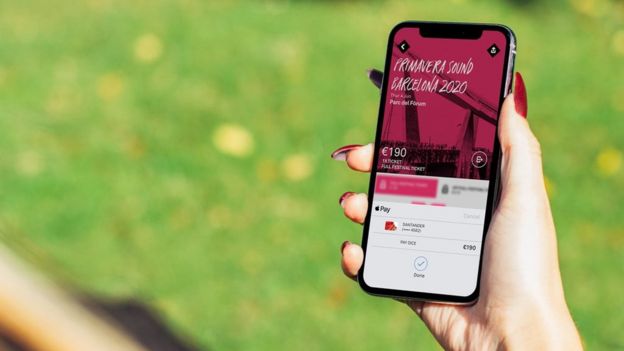 The move is part of a larger effort by the music industry to put curbs on ticket touting and inflated prices.

The number of people visiting Viagogo's UK site plummeted as a result - dropping from 4.5 million in June to just 820,000 in August, according to analytics service SimilarWeb.

Some artists, such as Ed Sheeran, launched "anti-tout" schemes, which invalidated tickets purchased through Viagogo. Others have introduced strict conditions on entry to their concerts - such as printing photo ID directly onto tickets, requiring the credit card-holder who made the booking to be present at the venue.

"I feel like a lot of solutions out there are making it harder for the fans," says Hutcheon.

"Our belief is that the only customer we have is the fans, so we ignore everything else and make sure we deliver for them."

Launched in the UK in 2014, Dice acts as both a marketplace and a music discovery platform. "For me, that's the goal," says Hutcheon. "How do I get you to go out twice as often as you do now?"

Before teaming up with Primavera, the company has also handled tickets for such high-profile artists as Adele, Solange, A$AP Rocky and Kanye West - who used the app to organise listening parties for his 2018 album, Ye.

Hutcheon says their experience running events in the UK, France, US, Italy and Australia should make the Primavera experience "seamless" for fans.

"It may sound naïve but, because we've been doing this for a while, we're constantly surprised how, if you make something really easy, people quickly pick up on it.

"We're so used to using our phones for mobile ticketing and getting into things, it's actually not that complicated."

The company's multi-year deal with Primavera will also see it providing mobile tickets for the Portuguese leg of Primavera as well as club nights and tours in Spain. 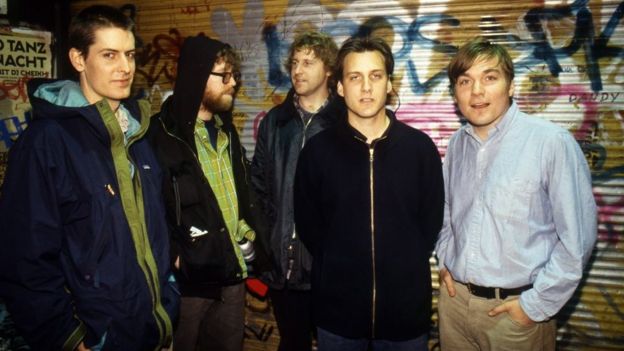 Cult US band Pavement are reforming to play Primavera next summer

The line-up for Primavera 2020 has yet to be announced, although cult indie band Pavement have announced they will reform for two anniversary shows at the festival's Spanish and Portuguese incarnations - their only concerts next year.

Tickets went on sale on Tuesday night and, so far, the process has run smoothly.

And while the festival isn't the first music event to experiment with paperless ticketing, founder Pablo Soler said he hoped others would follow suit.

"I don't think we are setting an example as currently there are plenty of smaller events worldwide already using this system with total success," he told the BBC.

"But I do think that digital dynamic tickets will be the standard in the festival and events market very soon.

‘Kissing Booth’ 2 is coming to Netflix

We are too quick to judge - Philipa Baafi

Why ‘Batwoman’ star quit her role