Ben Cook, who gave Ed Sheeran his first record deal, has shocked the music industry by stepping down as president of Atlantic Records.

It comes after the executive admitted causing offence by dressed up as a member of Run DMC at a birthday party.

"While my intention was to honour a musical hero, I recognise my appearance was offensive and I made a terrible mistake," he said in a statement.

As well as Sheeran, Cook worked with Jess Glynne and Anne-Marie at Atlantic.

Last year, he helped bring Stormzy to the label, entering a joint venture with the star's own Merky Records, following the success of his independently-released album Gang Signs and Prayer.

Cook announced he was stepping down after seven years "with great sadness", as stories about his Run DMC costume circulated in the industry.

"Seven years ago, at a birthday party where guests were asked to come dressed as their favourite musical icon, I came as a member of Run DMC," he said in a statement.

"Late last year rumours began to circulate about my appearance at that event, many of which are simply untrue.

"As a consequence of this, I readily agreed to disciplinary actions by my employer last year. Since then however, allegations surrounding the party have continued to be made against me. I have therefore come to the conclusion that I should make this statement and step down, with immediate effect."

A statement from Warner Music, Atlantic's parent company, said: "Ben Cook is leaving Atlantic UK and this will be his last week in the office". 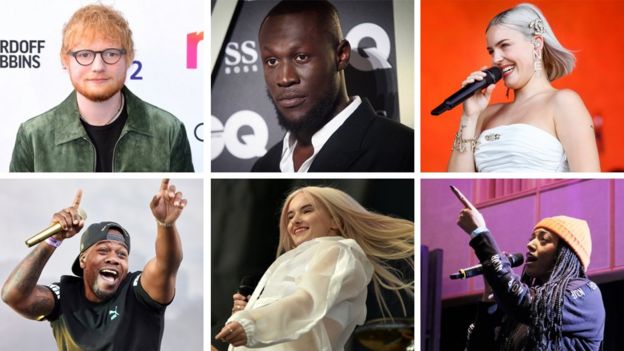 Cook had been at Atlantic for 12 years and was appointed president in 2014.

He started his career at Ministry of Sound, where he masterminded hits like Eric Prydz's multi-platinum chart-topper Call On Me and Benny Benassi's Satisfaction.

After joining Atlantic subsidiary Asylum in 2007, he worked with Wiley, taking Wearing My Rolex to number two; and helped build careers for Rudimental, Charli XCX and Anne-Marie.

Along with Ed Howard, he signed Ed Sheeran to an album deal in January 2011, after noting how the star's No. 5 Collaborations Project EP had reached number two in the iTunes charts as an independent release.

Cook's seven-year tenure as president of Atlantic saw the label's share of the album UK market grow to 7.9%, thanks in no small part to Sheeran's success; although the label was also home to big-sellers by Bruno Mars, Clean Bandit and Migos.

"I am devastated that this mistake has caused upset and has called into question my commitment to diversity, equality and inclusion, values which I have championed throughout my career," said Cook as he stepped down.

"I have learned a great deal from this event and will resolutely continue to champion these values moving forward."

Parlophone's co-president Mark Mitchell will take on the leadership of the label on an interim basis.

‘Mission Impossible 7’ to resume in Sept

Coty in talks with Kim K for cosmetics line

Movies most likely to make you cry

Lizzo in songwriting row over lyric
Next Item