Elrow: Creating the 'most colourful party in the world'

If you've been to Ibiza this summer or are in London this weekend, there's one party that might have caught your eye.

Elrow is one of the most immersive music experiences out there - think DJ booths in space ships, dancers on stilts and enough glitter to last an entire season in Magaluf.

One of its founders, Juan Arnau Jr, tells Radio 1 Newsbeat that his parties are the antidote to a clubbing industry that "has become boring over the last 15 to 20 years".

He says people don't want to go to a club and just watch a DJ set anymore, they want to interact with their surroundings, play games and be part of a show - which is what he says Elrow is all about. 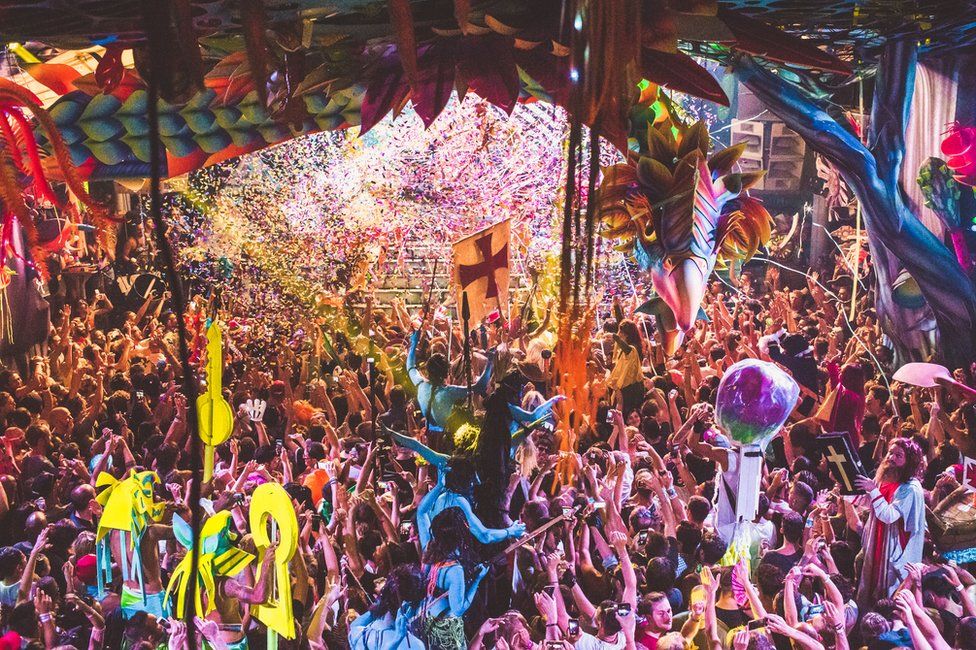 "I realised people were looking for something special," he says.

"It's not just a DJ set - there's the decoration, the theatre, the actors, everything makes this party special."

Elrow's team say it's created events attended by more than 2.5 million people in over 50 cities across the world including Miami, Shanghai and Brazil.

Its biggest-ever festival takes place in London this weekend and Juan says it's a sell-out because of what it offers to young people. 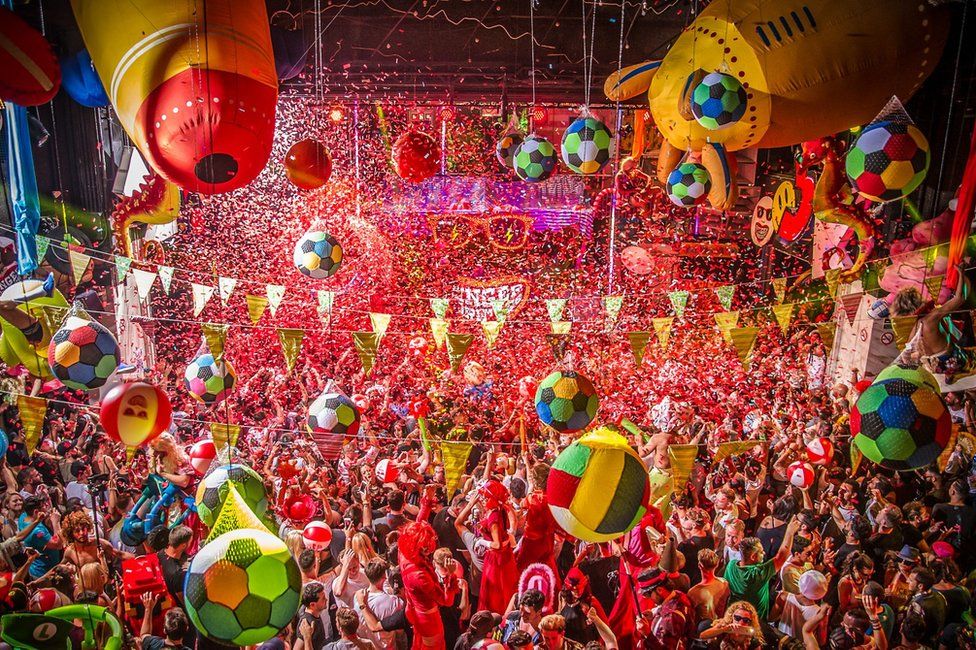 "They are looking for new experiences because clubbing is not 'everything' anymore.

"We used to club every weekend but now they [the younger generations] don't have the money, so they have to be picky and decide where to go.

"If you deliver an experience, you have got an extra asset." 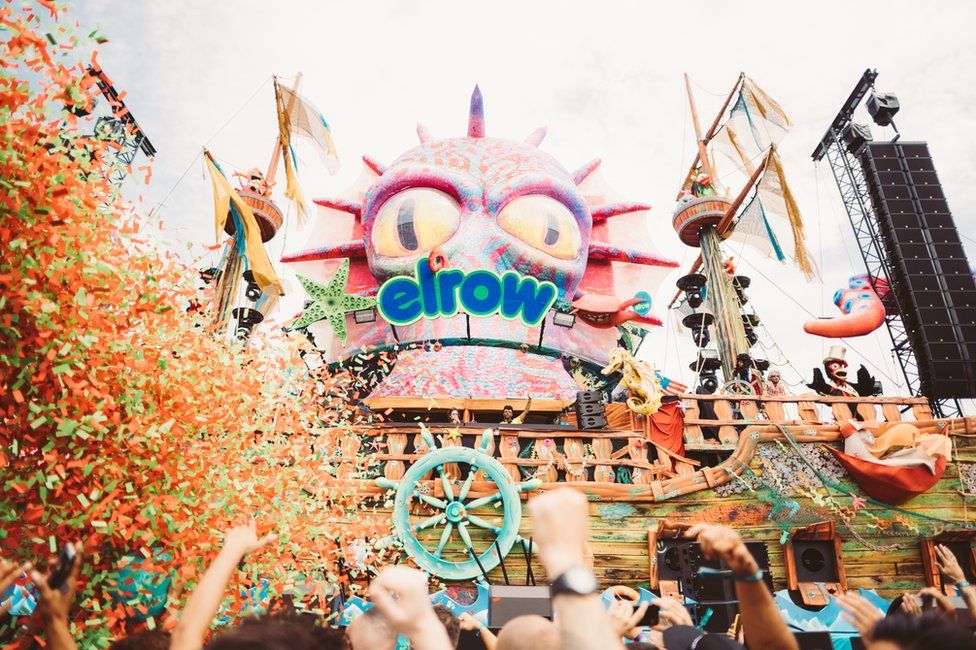 With 16-24 year olds drinking less than at any time since records began more festival promoters are realising that they have to create events that offer other forms of entertainment.

Juan says that part of Elrow's appeal is you don't have to drink to have fun.

"The beauty of my role is you go to all our clubs, whether that's in Barcelona or Ibiza, and you see different people from different generations having fun.

"When they come to Elrow they are willing to be part of our show.

"Some people drink, some people don't, but at the end everyone is smiling and that's our secret." 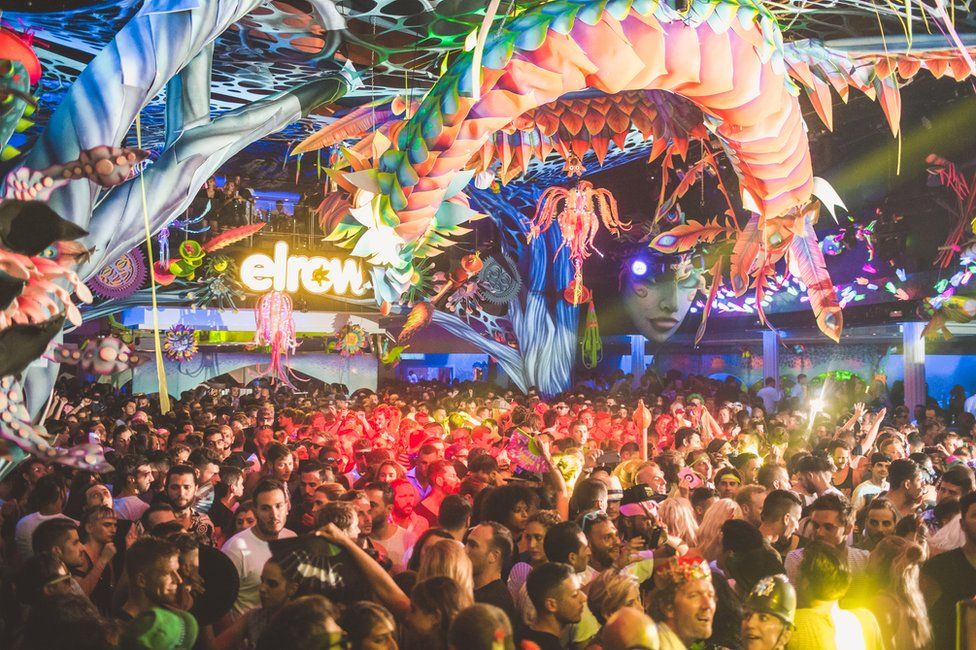 There's no denying Elrow is a huge spectacle - up to a tonne of confetti can be released at one of its festivals.

It's fun for partygoers but can pose a real problem to the environment - along with the issues all festivals experience of plastic cups and water bottles being left behind.

Juan says his company is working on "a new strategy" to be more environmentally friendly.

"Our confetti is completely biodegradable already, which is a good thing. 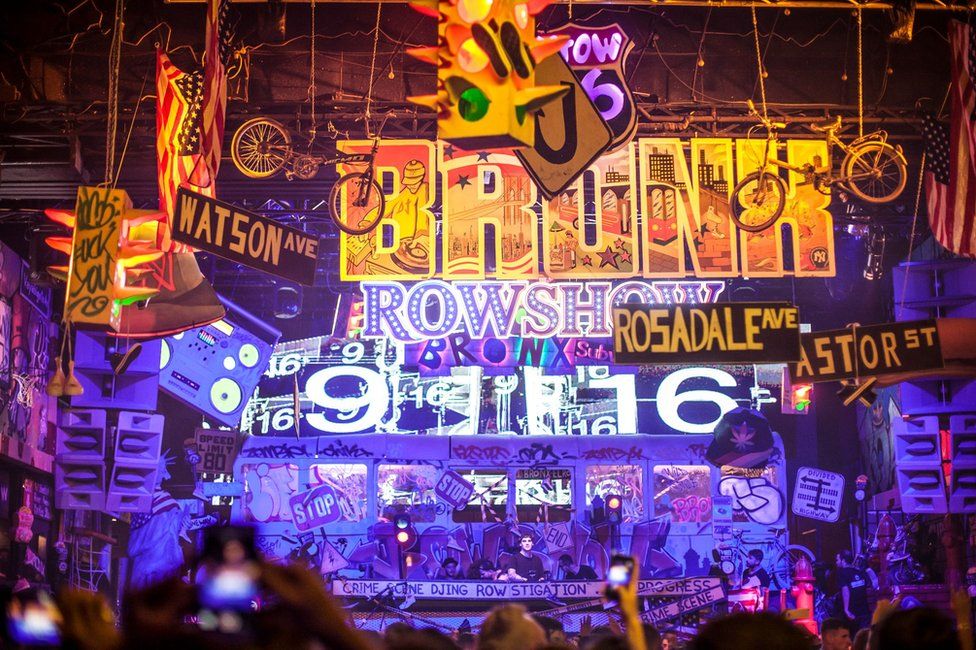 "In the short term at a large number of Elrow events there will be no straws, only canned water, no plastic cups and only reusable cups."

He says he's also pushing Amnesia, the club in Ibiza where Elrow has a residency, to be "greener as well".

"Next year we're working to use renewable energy at events and bringing more people on buses - with our new location in London it's near a train station so less people will be driving." 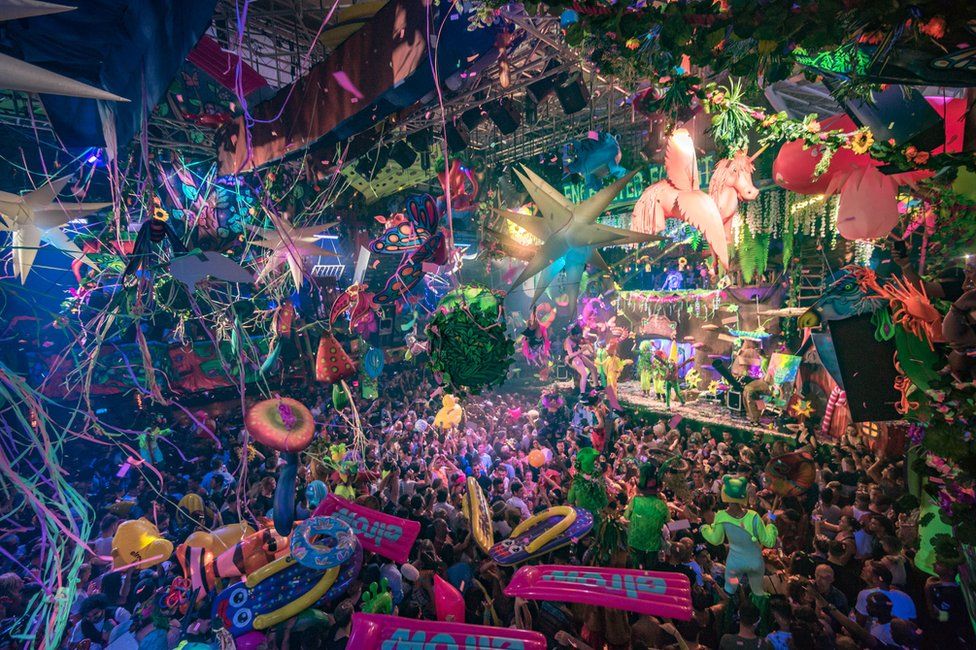 It's estimated that Elrow also gives out around 500 inflatables (ranging from ice pops to toucans) throughout shows, which party-goers can then choose to either take home or leave behind.

They aren't currently recyclable, which is Juan's "biggest worry". 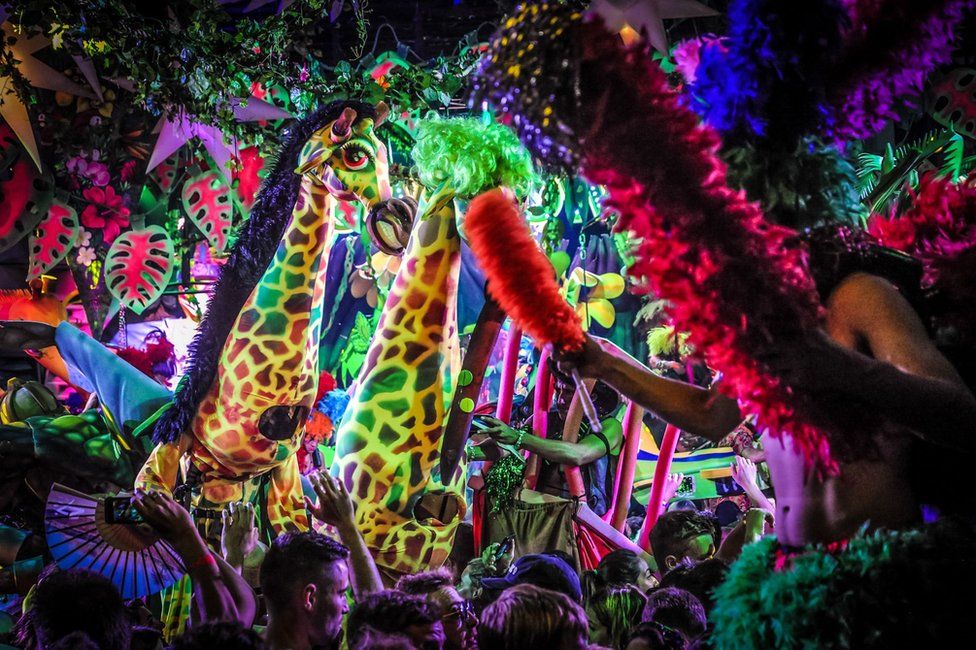 "From September we are going to start collecting the ones that people don't want and then will collaborate with big artists to create art pieces.

"We are also working on creating inflatables that are not single use - they are quite expensive for us right now and we have a company in China working to create them." 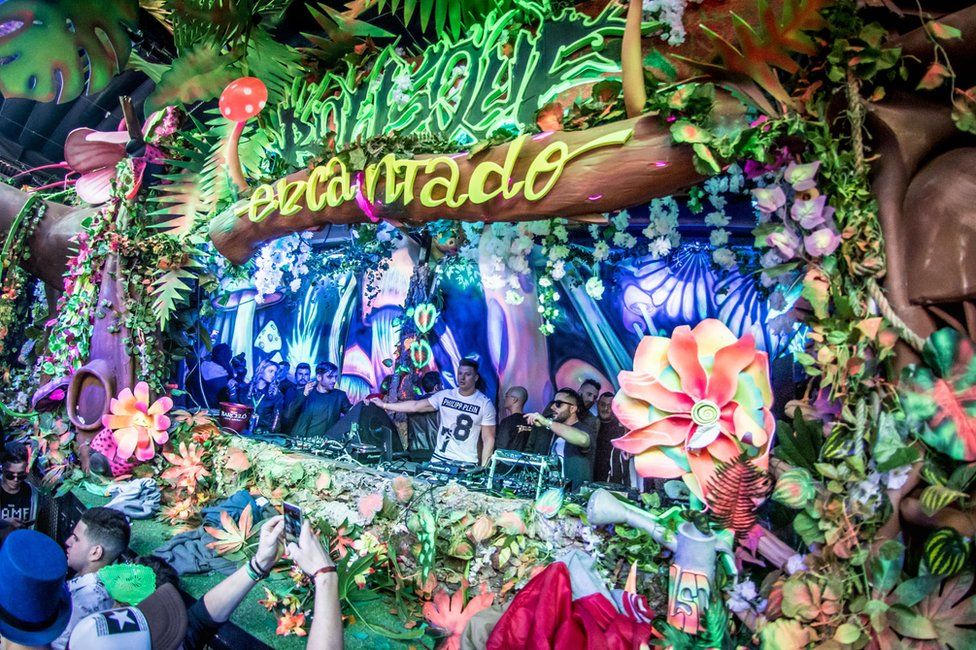 Elrow also has an enchanted forest set, complete with unicorns, pixies and woodlands

Where are some of the world's most colourful festivals? 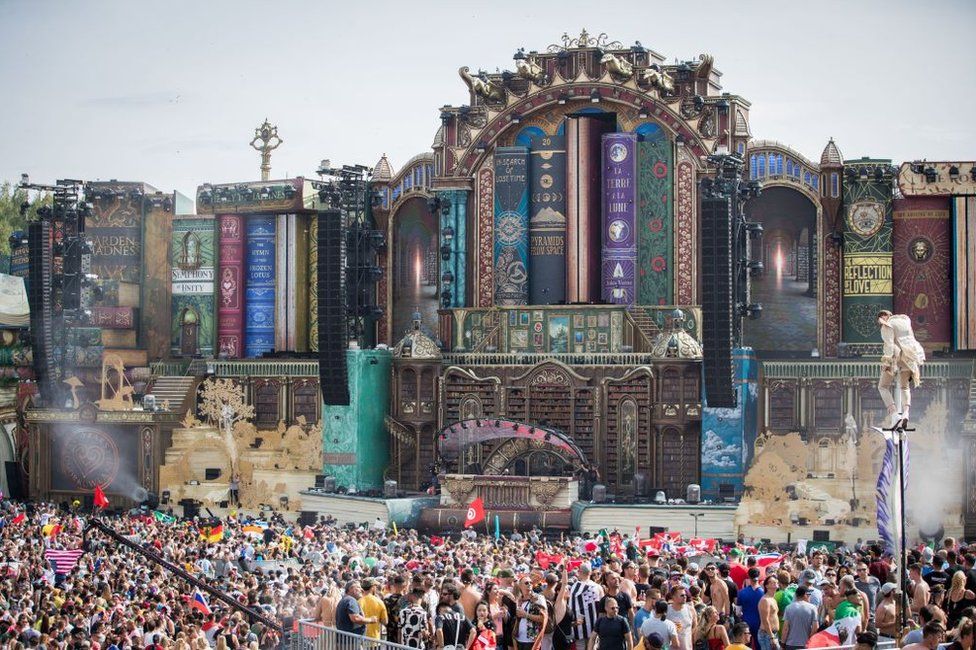 Tomorrowland is an electronic dance music festival, which has been held in Belgium since 2005 and is as renowned for its line-up as it is for its intricate set designs. 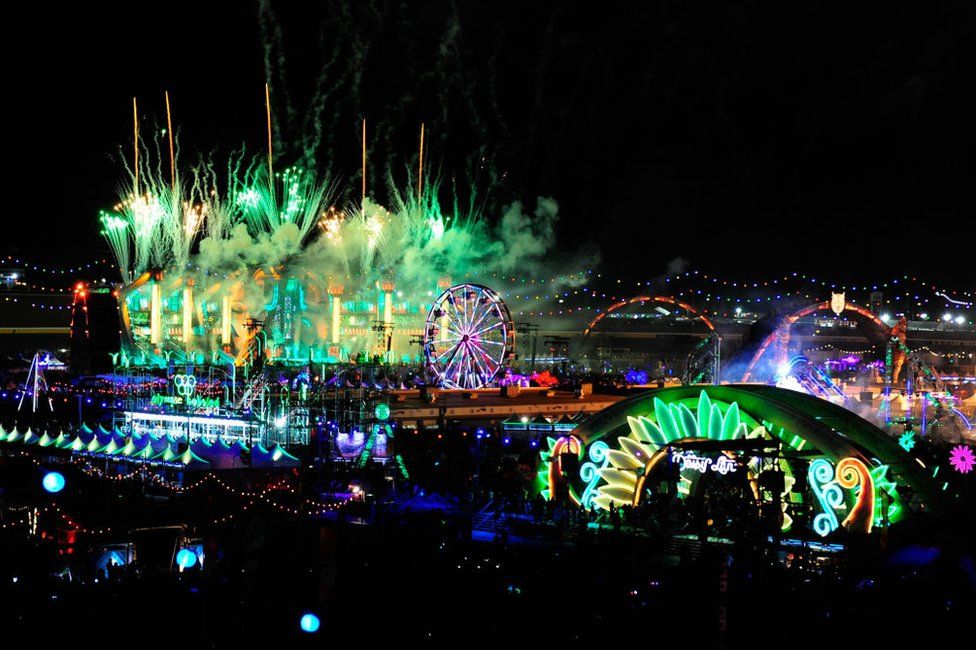 Unlike a lot of other festivals, EDC is on from sundown to sunrise because it's so hot in Las Vegas

Electric Daisy Carnival is a yearly festival held in the Las Vegas desert and is known for its colourful LED installations and glow in the dark sets.

This year's festival had sets from Alesso, David Guetta and Deadmau5. 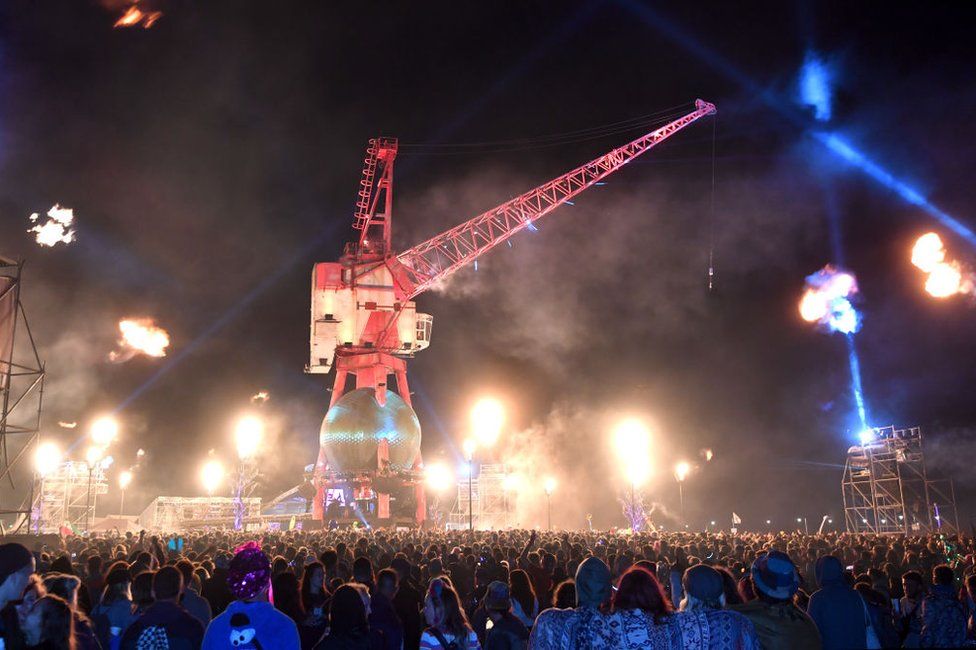 Arcadia's Pangea had its first run-out in 2019, replacing its usual spider installation

When you think about the most immersive festivals in the world, Glastonbury has to feature on the list.

It's got a whole party village - including Arcadia, which this year had DJs doing sets in a giant crane.

Annie Mac, Fat Boy Slim and Andy C all got involved in 2019.