Cable TV services provider, DSTV, has announced that it will from November 1, 2019, adjust upwards the prices of all its subscription packages following the increase in the communication service tax (CST) by the government.

The Communication Service Tax which was introduced in 2008 was pegged at a rate of 6 percent payable by consumers of certain electronic communication services — but the Minister of Finance, Ken Ofori-Atta in his mid-year budget announce a 50 percent increment in the CST rate.

According to the Minister, increasing the rate to 9 percent would allow the government to have access to funds to battle the incidence of cybercrime as well as provide a robust eco-system where users of electronic communications services feel much safe. 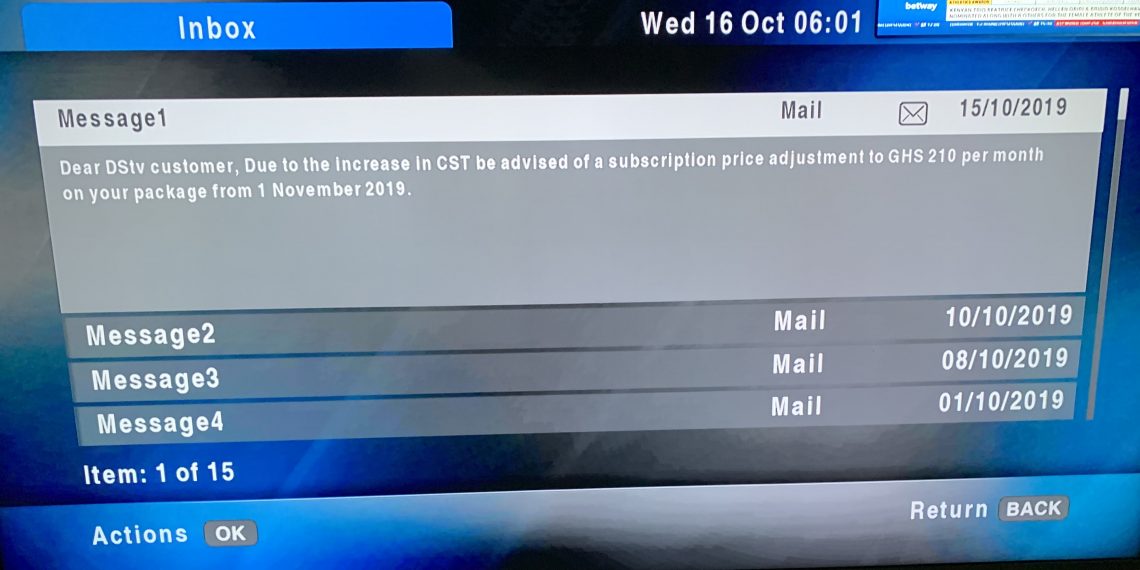 While the telcos have had several disagreements over the implementation of the CST, DSTV in a notice to its subcribers said: “Due to the increase in CST, be advised of a subscription price adjustment on your package from November 1, 2019.”

For instance, a Compact Plus Package which comes at a monthly subscription of GH?205 will see an extra GH?5 increase following the coming into effect of the CST.

AfDB stands by president after probe

Businesses urged to strengthen themselves

Winneba to get Landing Beach Project