Facebook's chief executive has defended his leadership following criticism from his counterpart at Apple.

Mark Zuckerberg said it was "extremely glib" to suggest that because the public did not pay to use Facebook that the firm did not care about them.

Last week, Apple's Tim Cook said it was an "invasion of privacy" to traffic in users' personal lives.

And when asked what he would do if he were Mr Zuckerberg, Mr Cook replied: "I wouldn't be in that situation."

Facebook has faced intense criticism after it emerged that it had known for years that Cambridge Analytica had harvested data from about 50 million of its users, but had relied on the political consultancy to self-certify that it had deleted the information.

Channel 4 News has since reported that at least some of the data in question is still in circulation despite Cambridge Analytica insisting it had destroyed the material.

Mr Zuckerberg was asked about Mr Cook's comments during a lengthy interview given to news site Vox about the privacy scandal.

He also acknowledged that Facebook was still not transparent enough about some of the choices it had taken, and floated the idea of an independent panel being able to override some of its decisions. 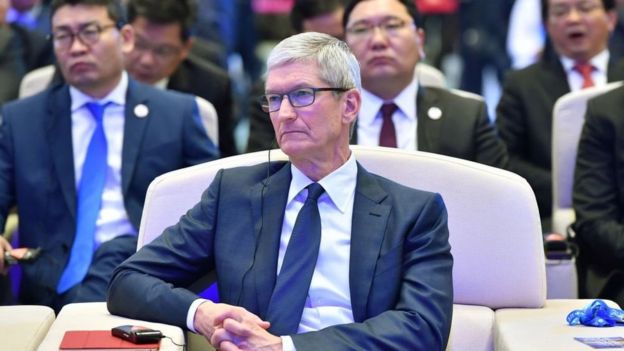 On 23 March, he took part in the China Development Forum in Beijing.

"I think that this certain situation is so dire and has become so large that probably some well-crafted regulation is necessary," news agency Bloomberg quoted him as saying in response to a question about the social network's problems.

"The ability of anyone to know what you've been browsing about for years, who your contacts are, who their contacts are, things you like and dislike and every intimate detail of your life - from my own point of view it shouldn't exist."

Then in an interview with MSNBC and Recode on 28 March, Mr Cook said: "I think the best regulation is no regulation, is self-regulation. However, I think we're beyond that here."

During this second appearance - which has yet to be broadcast in full - he added: "We could make a tonne of money if we monetised our customer, if our customer was our product. We've elected not to do that... Privacy to us is a human right."

Apple makes most of its profits from selling smartphones, tablets and other computers, as well as associated services such as online storage and its various media stores.

This contrasts with other tech firms whose profits are largely derived from advertising, including Google, Twitter and Facebook. 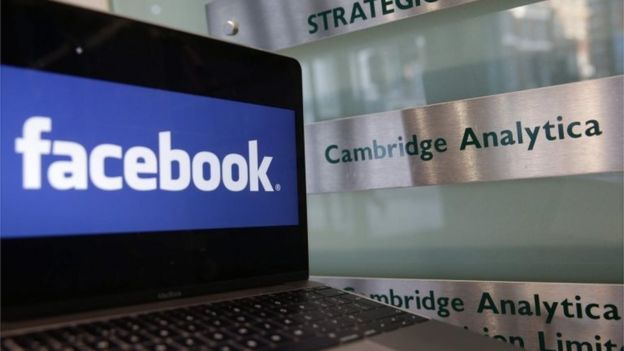 Facebook's reputation has been tarnished by the Cambridge Analytica revelations

Mr Zuckerberg had previously told CNN that he was "open" to new regulations.

But he defended his business model when questioned about Mr Cook's views, although he mentioned neither Apple nor its leader by name.

"I find that argument, that if you're not paying that somehow we can't care about you, to be extremely glib and not at all aligned with the truth," he said.

"The reality here is that if you want to build a service that helps connect everyone in the world, then there are a lot of people who can't afford to pay."

He added: "I think it's important that we don't all get Stockholm syndrome and let the companies that work hard to charge you more convince you that they actually care more about you, because that sounds ridiculous to me."

"I make all of our decisions based on what's going to matter to our community and focus much less on the advertising side of the business," he said.

'Turned into a beast'

Elsewhere in the 49-minute interview, Mr Zuckerberg said he hoped to make Facebook more "democratic" by giving members a chance to challenge decisions its own review team had taken about what content to permit or ban.

Eventually, he said, he wanted something like the "Supreme Court", in which people who did not work for the company made the ultimate call on what was acceptable speech.

Mr Zuckerberg also responded to recent criticism from a UN probe into allegations of genocide against the Rohingya Muslims in Myanmar. 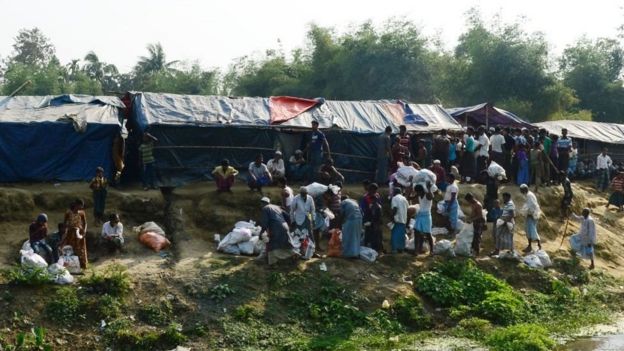 Hundreds of thousands of Rohingya Muslims have fled Myanmar

Last month, one of the human rights investigators said Facebook had "turned into a beast" and had "played a determining role" in stirring up hatred against the group.

Mr Zuckerberg claimed messages had been sent "to each side of the conflict" via Facebook Messenger, attempting to make them go to the same locations to fight.

But he added that the firm had now set up systems to detect such activity.

"We stop those messages from going through," he added.

"But this is certainly something that we're paying a lot of attention to."

How COVID drove the IPO wave

Satellite to measure shape of oceans

Tech in the Biden era

Intel announces its while label laptop

Spotify to list $20bn shares in NY
Next Item