Augustine Eguavoen is in his third spell in charge of Nigeria

Nigeria interim coach Augustine Eguavoen has denied reports he will quit following their exit from the Africa Cup of Nations.

The Super Eagles, three-time continental champions, won all three group games in Cameroon but were beaten 1-0 by Tunisia in the last 16.

Eguavoen, technical director at the Nigeria Football Federation (NFF), took charge of the side after long-serving coach Gernot Rohr was sacked just four weeks before the tournament began.

"I came here as an interim manager because of what's been played out," Eguavoen, 56, told BBC Sport Africa.

"Our former coach was relieved of his duties and it was just weeks before the Africa Cup of Nations.

"So that's why you see me taking this role and an interim man.

"Some of our journalists sometimes they change words, which is not too good. But we will manage it."

Nigeria have appointed Jose Peseiro to replace Rohr at the end of December, but the Portuguese only travelled to Cameroon with the Super Eagles as 'an observer'.

However, Eguavoen is not sure whether he will lead the side in their two-legged 2022 World Cup play-off against Ghana in March.

"That I cannot answer," he said.

"The only thing that I can tell you is I'm still the technical director of the federation and I am happy with that."

The fall-out from Nigeria's exit on Sunday is also being felt by players.

Goalkeeper Maduka Okoye, who was unable to keep out Youssef Msakni's low strike, and midfielder Alex Iwobi, who was sent off in the second half, have both received online abuse after the defeat.

Everton player Iwobi has disabled his Instagram account, while Okoye, who has signed for Watford but is on loan at Sparta Rotterdam, has disabled comments on his.

Nigeria centre-back Kenneth Omeruo has defended 22-year-old keeper Okoye, who he shares a room with on national duty.

"He is not feeling fine right now but you know I said to him 'Listen you've been amazing. It's been a good tournament for you'," Omeruo told BBC Sport Africa.

"Anybody can be beaten by that goal. It's a good strike and also it wasn't a clear situation, because we the defenders were in front of him as well, so that would distract his view as well.

"I wouldn't say that goal was his fault at all, you know and one thing I do after such tournaments is I delete my social media, because you find people who, some of them, don't even know football.

"There is just anger because we are Nigerians and we want to win every game." 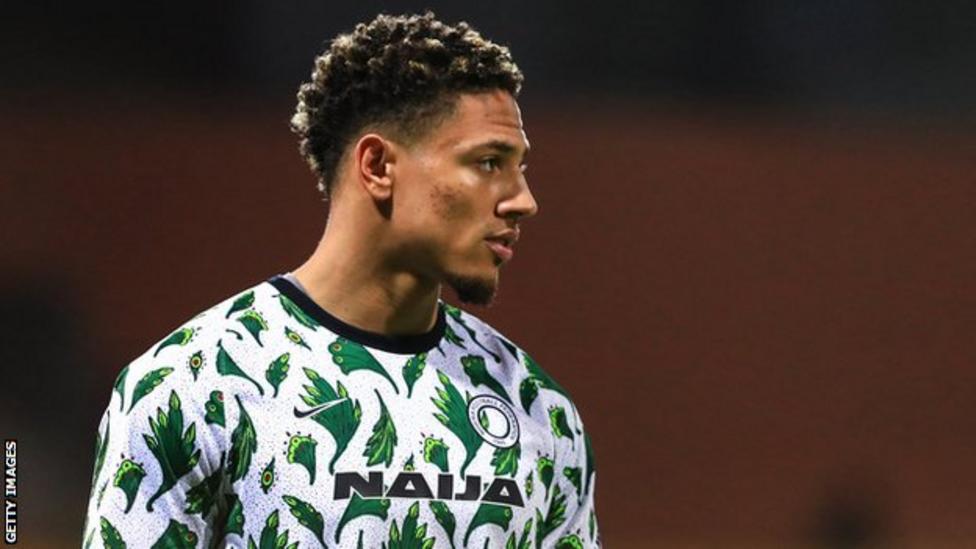 A defining season for Gerrard and Lampard?

Draper & Evans through to Open last 8

'I can accept injuries but not dementia'

McIlroy 8 back at FedEx play-offs