For the more coveted record of the year prize, a staggering 1,160 candidates were submitted. Members of the Recording Academy narrowed that down to eight nominees, with the likes of Taylor Swift, Lizzo and Billie Eilish all in the running.

That category sets a pattern, with female artists dominating the "big four" awards - best new artist, song of the year, record of the year and album of the year.

Lil Nas X also has a lot to celebrate - with nominations in record of the year, album of the year and best new artist.

But, even with 84 categories, there's always a debate over perceived snubs. And this year is no different, with Ed Sheeran and Maren Morris shut out of the main categories.

Here are some of the other notable facts, figures, stats and surprises.

Taylor Swift is a darling of the Grammys, with 10 wins under her belt - including two album of the year awards. But the Academy didn't shower her last album with love. The shadowy and vengeful Reputation received a single nomination for best pop album.

Swift did better this year, with four nominations - but she's still frozen out of the best album category; which she was widely predicted to walk away with.

She can console herself, though, with the citation for song of the year, which recognises the craft of songwriting. Lover, the starry-eyed title track of her seventh album, is the only song in the running to be written by one person. And that's one Taylor Alison Swift.

Billie Eilish could break one of Taylor's records...

At 17 years old, Billie Eilish is the youngest singer in Grammys history to receive nominations in all four of the main categories.

She turns 18 next month but, even so, she stands to be the youngest-ever winner of album of the year for her snarling, macabre debut When We All Fall Asleep, Where Do We Go.

If she does, she steals the crown from Taylor Swift, who was just 20 when she won album of the year for her second record, Fearless, in 2010.

Lizzo's "song of the year" is two years old 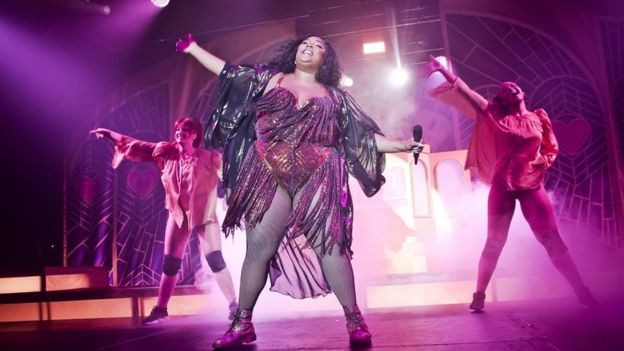 Lizzo's breakthrough this year has been as loud and joyous as the artist herself; and the Detroit-born musician rightfully gets a nod for best new artist.

More controversial is her record of the year nomination for Truth Hurts. Why? Because the salty empowerment anthem was originally released as a stand-alone single in 2017.

Luckily for Lizzo, it was never submitted for a Grammy at the time; and made its first appearance on an album this year - Truth Hurts appears on the deluxe edition of Cuz I Love You, which was released in April - meaning the Academy gave it the go-ahead.

The Boss is shut out 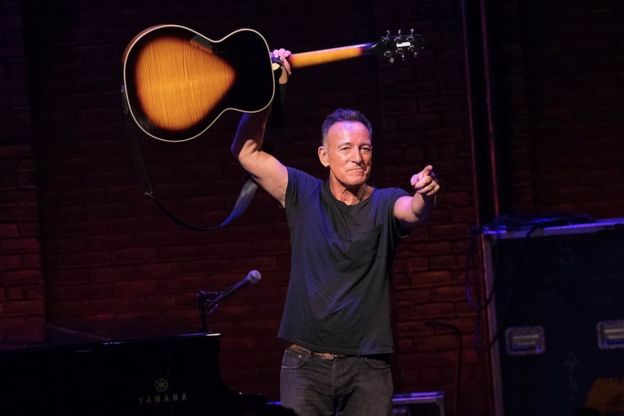 But the star, who has 20 Grammys to his name, was conspicuously absent from the nominations; even in the Americana categories where Western Stars would have found its natural home.

His movie, Springsteen on Broadway, was also passed over for best music film.

Wait, how is A Star Is Born eligible again?

Sparks flew as Lady Gaga and Bradley Cooper performed Shallow at this year's Grammy ceremony - and their steamy performance was followed by an award for best pop duo/group performance.

So it's a surprise to see the soundtrack for A Star Is Born nominated this year. Luckily, there's a simple explanation: Shallow came out as a single right before the end of the eligibility period for the 2019 Grammys. But the film's soundtrack was released too late to be considered.

All of which means Ally and Jack could be reunited in Los Angeles next January. Fingers crossed. 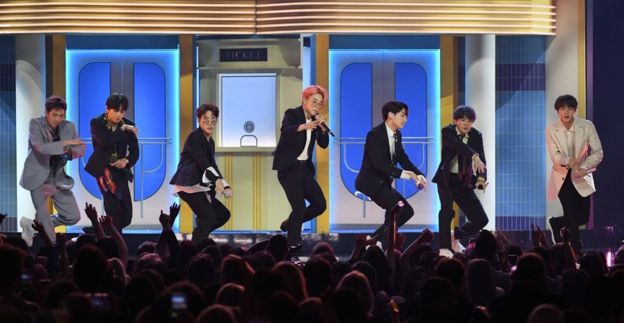 Well, if you believe their fans, that is.

The South Korean boy-band broke all sorts of records this year, headlining two nights at Wembley Stadium, and scoring their first top 10 single with Boy With Luv.

Their fiercely-dedicated fans fervently hoped that'd lead to a Grammy nomination but sadly it wasn't to be... The best pop group performance category, which was their most likely target, was dominated by collaborations like Shawn Mendes and Camila Cabello's Senorita; and Lil Nas X's hook-up with Billy Ray Cyrus on the all-conquering Old Town Road.

And to be fair, all of those songs made a bigger impact on the charts and the radio than anything BTS released in the last 12 months. Maybe next year, guys.

Ariana Grande moves up to the big leagues 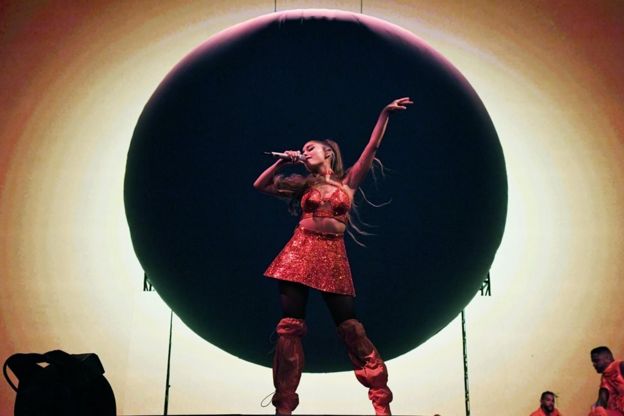 Given that she's one of the biggest stars on the planet, it's shocking to consider that Ariana Grande has never been nominated for one of the Grammys' main prizes. In fact, she only won her first trophy earlier this year - picking up best pop album for Sweetener.

That changes in 2020, as Thank U, Next gets a nod for album of the year; and the single 7 Rings makes the grade for record of the year.

The recognition comes as Grande moves away from production-line pop to a more conversational, confessional style - with her fifth album frankly discussing the depression and anxiety she suffered after the death of her ex-boyfriend Mac Miller.

She's not the only star to get an upgrade: Lana Del Rey's sublime Laurel Canyon songbook Norman F***ing Rockwell earns her her first nomination in one of the "big four" categories.

Even in a year without a "proper" Beyoncé album, the star picks up four nominations, for her work on Disney's The Lion King; and her triumphant concert film Homecoming.

In total, she's now had 70 nominations across her career - which means she's closing in quickly on Quincy Jones, who is the all-time leader with 80. 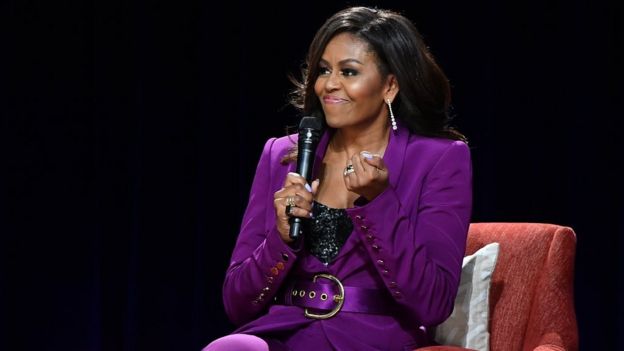 Michelle Obama picks up a nomination for the audio book of her memoir, Becoming. If she wins she'd become the second first lady to hold a Grammy. The first was Hillary Clinton, who got a trophy for It Takes a Village in 1996.

Rosalíá is the first ever best new artist nominee to recognised for music recorded entirely in Spanish. The star, whose music combines elements of flamenco, reggaeton and hip-hop, featured in the BBC's Sound of 2019 at the start of the year.

Sam Smith's Dancing With A Stranger was widely expected to see some action in the pop and dance categories, but fails to make the grade. The star, who won four Grammys in 2015, hasn't been nominated since.

And country darling Maren Morris must be scratching her head. Last week, she won album of the year at the CMA Awards; but she only just scrapes into the Grammy shortlist, with a single nomination for her Brandi Carlile duet Common.

Eminem criticised for rap about bombing

GoT spinoff to premiere in 2022

The Rock's father dies at 75

Becca, others To Perform Alongside Cardi B
Next Item