Pharrell Williams says the controversy surrounding Blurred Lines made him realise some of his songs "catered" to a sexist culture.

The singer says at first he didn't understand why some people saw the lyrics as "rapey".

But he later realised that "there are men who use the same language when taking advantage of a woman".

Blurred Lines was criticised by some who claimed the lyrics referred to non-consensual sex.

It was banned at several universities and an advert featuring the song and models from the video was also banned from daytime TV in 2013. 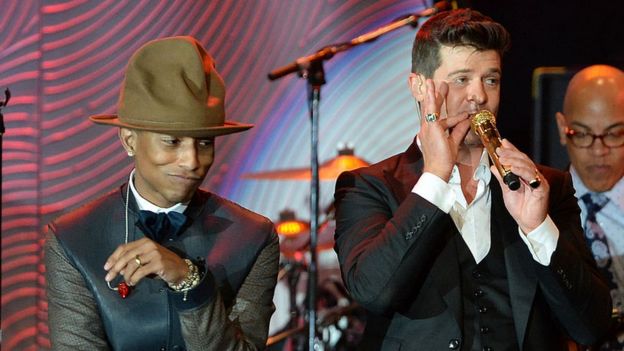 In an interview with GQ magazine, Pharrell, 46, said he was "born in a different era" and some things that were allowed at the time would "never fly today".

"Some of my old songs, I would never write or sing today.

"I get embarrassed by some of that stuff. It just took a lot of time and growth to get to that place."

He said Blurred Lines was the turning point for him but he admitted that at first he "didn't get" why the song received such a backlash by some.

The song - which was a collaboration with Robin Thicke - includes lines such as "I hate these blurred lines, I know you want it" and "Must wanna get nasty". 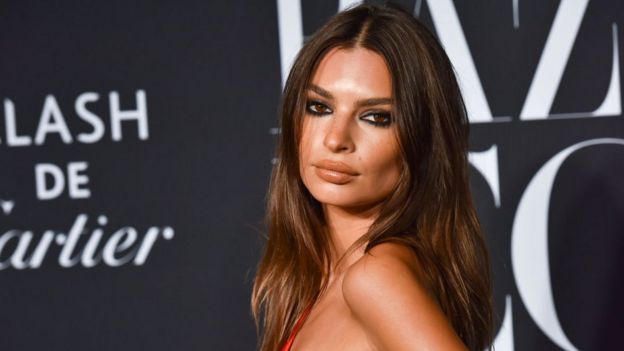 The singer said he saw that some women really liked the song and would sing those type of lyrics all the time.

"And then I realised that there are men who use that same language when taking advantage of a woman, and it doesn't matter that that's not my behaviour. Or the way I think about things.

"It just matters how it affects women. And I was like 'Got it. I get it. Cool'."

He added: "I realised that we live in a chauvinist culture in our country. I hadn't realised that. Didn't realise that some of my songs catered to that. So that blew my mind."

Blurred Lines spent five weeks at number one in the UK charts and Pharrell has previously defended its lyrics.

In an interview with Pitchfork in 2014, he said: "When you pull back and look at the entire song, the point is she's a good girl, and even good girls want to do things, and that's where you have the blurred lines.

"She expresses it in dancing because she's a good girl. People who are agitated just want to be mad, and I accept their opinion."

Pharrell and Robin Thicke have also had other issues over the song Blurred Lines.

They were told to pay $5m (£4m) in damages after Marvin Gaye's family claimed the song copied Gaye's 1977 hit Got to Give It Up.

The Rock is Instagram’s Most Valuable Star

“Wearing a mask shouldn’t be a debate”

Celbs who misbehaved at Buckingham
Next Item