Morgan appeared gagged at the National Television Awards in January

Piers Morgan has promised not to tweet for one whole day - in order to raise money for Comic Relief.

The Good Morning Britain presenter will fall silent on the social media platform for 24 hours this Friday if donations reach £50,000.

Lord Sugar was one of the first to pledge money to the "Shut Piers Up" campaign - donating £5,000.

The Apprentice star described it as the "bargain of the century" in a video message posted on Twitter.

"It's going to be a wonderful day without that nutter clogging up Twitter with his nonsense for the whole day," Lord Sugar said of his frenemy. 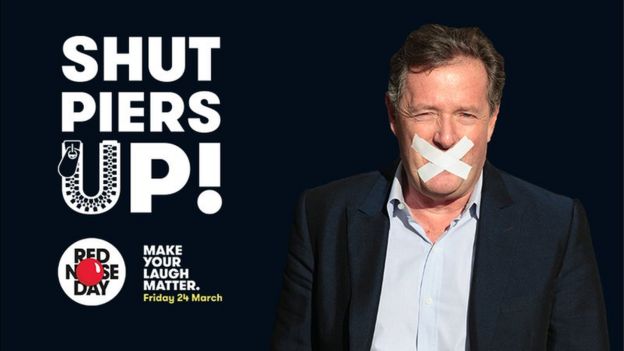 After the fundraising campaign was announced, Twitter featured it as a news story on the site.

To which Piers responded: "I'm now a 'Twitter Moment' because @Lord_Sugar paid £5k to silence me on Twitter. I believe this is called 'irony'."

The presenter has also pledged to wear a Tottenham Hotspur football shirt if the donations reach £50,000.

Gary Lineker - who has clashed with Morgan in the past - said he would donate £2,000 if the presenter kept the shirt on all day. 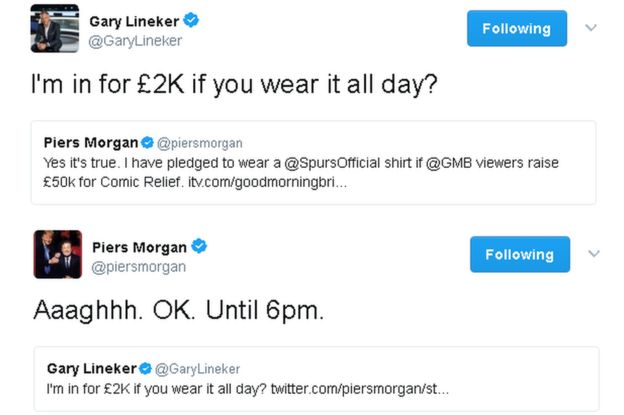 Sure enough, Lineker's name promptly appeared on the donations page. 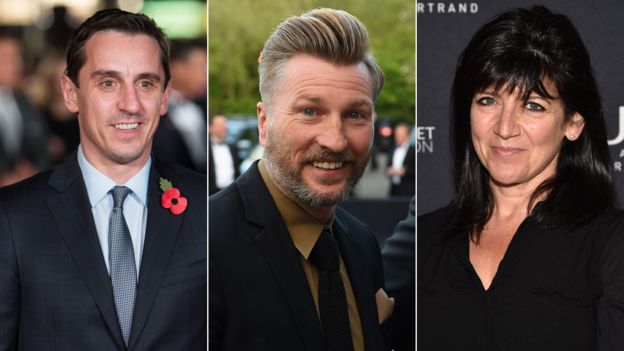 Gary Neville, Robbie Savage and Emma Freud were among the celebrity supporters of Piers's sacrifice.

Although Neville's donation was conditional on Piers never saying anything negative about Arsenal manager Arsene Wenger ever again...

This isn't the first time someone has been keen to silence Piers.

At the National Television Awards in January he appeared on stage gagged alongside his co-presenter Susanna Reid.

It was a reference to Ewan McGregor's refusal to share a platform with the presenter on Good Morning Britain.

I have not given up on marriage

The Weeknd earns 'Song of All Time'

One in three musicians earning zero

Disney accused of stealing ideas for Zootopia
Next Item