A non governmental organisation has set out to train some 300 unemployed women in vocational skills to give them a source of livelihood.

The Women’s Development Foundation (WDF) is undertaking the programme in partnership with Anowah Afrique Limited, a garment manufacturing company, to train the women in industrial sewing free of charge.
Anowah Afrique Limited is located in the Tema Free Zones enclave, and employs over 3,000 people during peak production periods.

The founder of the WDF, Ms Catherine Noble Anowah Coffie, said the women, aged between 18 and 25 years and recruited in Accra but from various parts of the country, would be trained in batches.

So far, 120 women have been trained, 60 of the number having already graduated. 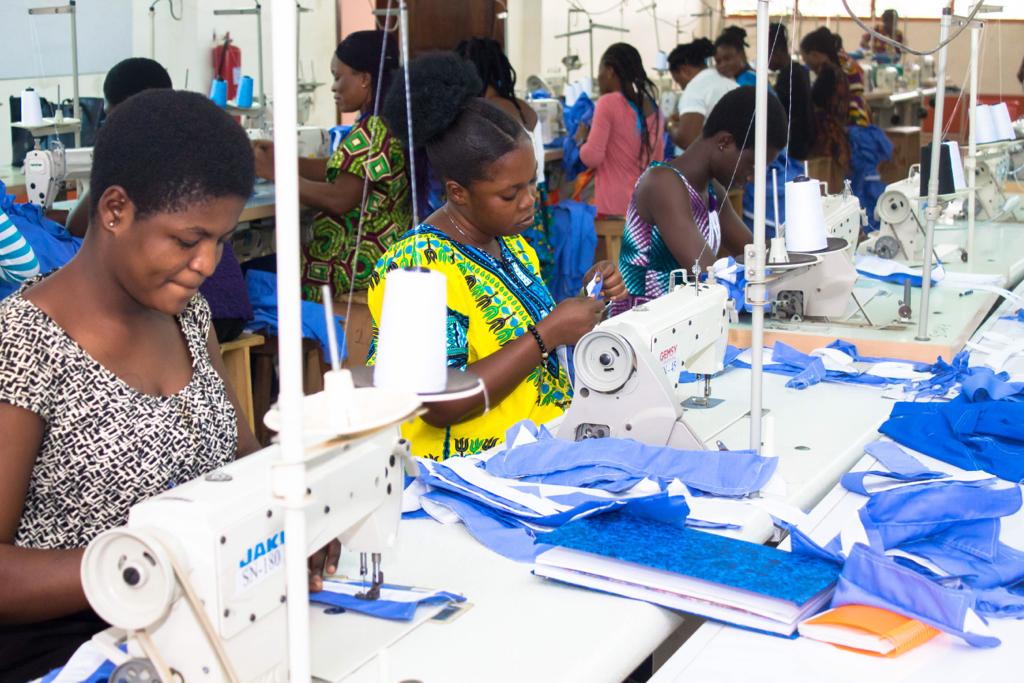 “The mission at hand is to train them in industrial sewing and subsequently employ them,” she said.

“The ladies will receive this training free of charge and ultimately leave with skills, employment and a sense of purpose,” she added.

The programme, she said, was part of a five-year plan to train up to 3,000 underprivileged women to empower them and alleviate poverty among them in the hope that it would empower others in similar circumstances.

The programme involves the recruitment and training process which include series of basic pre-tests to gauge their efficiency levels.

“This is to give vulnerable women hope, reduce the north-south migration while creating employment,” Ms Anowah Coffie said.

Ms Anowah Coffie explained that “The WDF has been in existence for the past 10-years and undertakes projects to empower women and alleviate poverty. We understand that some of these women cannot even get money to transport themselves to the company for their daily sessions, hence we provide buses to ferry them to the premises.

“On this last project, we picked people from Amasaman and beyond, Madina, Tema New Town and Ashaiman,” she added.

“We need support; up until now we have been funding the programme ourselves and it hasn’t been easy. It costs GH¢3,000 to train one person, and at the moment, WDF plans to train and employ over 300 vulnerable women,” she further explained.

Ms Anowah Coffie, who is also the Chief Executive Officer of Anowah Afrique Limited, expressed a desire to collaborate with the Youth Employment Agency and other NGOs whose projects and mandates were similar to WDFs to expand to reach even more women.

“To continue to do more for these women, we need support from the government and partnerships from other organisations. We are also calling on Members of Parliament and assembly members who want to help vulnerable women in their communities to partner with us so they can be trained,” she said.

The metal more precious than gold

What has Trump actually achieved on trade?

We are committed to quality - Pharmanova
Previous Item
NEXT

Investors balk at Ghana debt above 20 percent
Next Item