Bayern Munich, four points clear at the top of the Bundesliga, last played when beating Augsburg on 8 March

Bayern Munich were among a number of Bundesliga clubs to return to training for the first time since the campaign was halted by the coronavirus pandemic.

The champions trained in groups of five but without any contact, as did Borussia Monchengladbach and Wolfsburg.

Bottom side Paderborn worked in small groups and coach Steffen Baumgart said it was important for players to "get the ball on their feet again".

Germany's top flight has been suspended since 13 March until at least 30 April.

"It was certainly a very unusual feeling holding a training session in small groups today, but it was also nice to see the boys in person again," said Bayern captain Manuel Neuer.

Training began with a warm-up routine, followed by running and shooting drills and technical training which were "elements in which the necessary social distancing can be adhered to."

The German champions said all hygiene measures were "strictly observed" and no members of the public were present.

For the past two weeks Bayern players and staff had taken part in "cyber training".

Bayern were top of the league at the time of the season being stopped, four points clear of Borussia Dortmund. 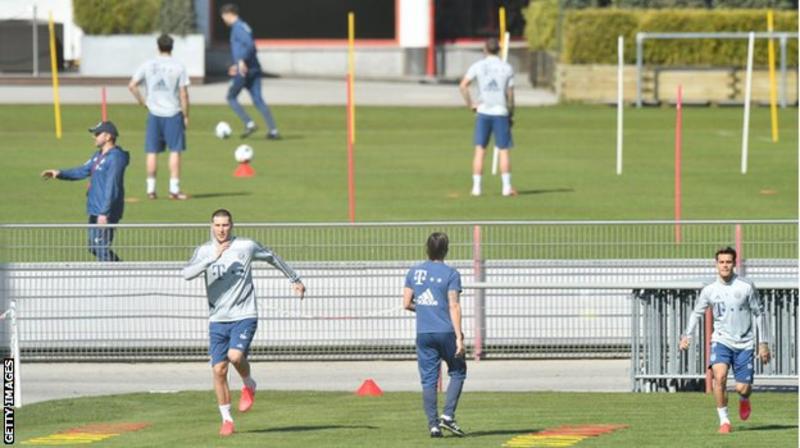 Bayern's training session consisted of work with and without the ball 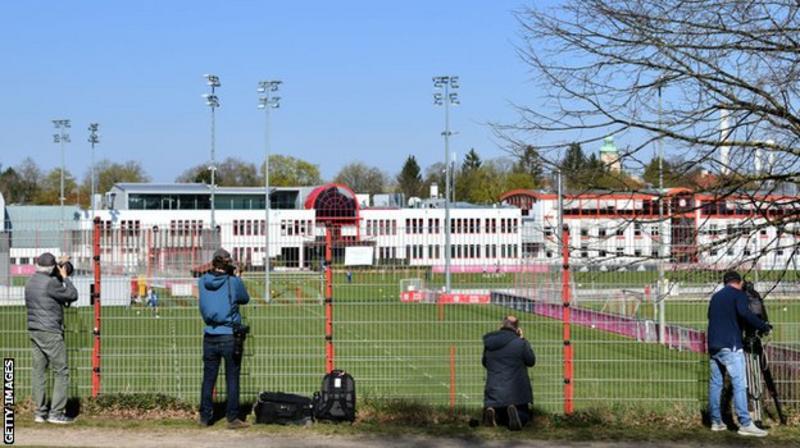 Photographers had to maintain their distance while observing training

Samoan rugby team that set off 104 days ago

How EFL is helping communities & the NHS
Previous Item
NEXT